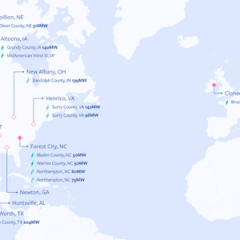 The largest solar installations in Alabama and Tennessee, totaling 377MWs will power Facebook’s data center in Huntsville, AL, allowing it to be powered with 100 percent renewable energy. It’s part of the social media giant’s efforts to go 100 percent renewable across all its facilities and operations by the end of 2020.

The projects, a 150 MW solar farm in Tennessee and a 227 MW solar farm in Alabama, will be built by NextEra Energy Resources and First Solar, respectively. They will provide power to Facebook through the Tennessee Valley Authority’s (TVA’s) electric grid in the region. 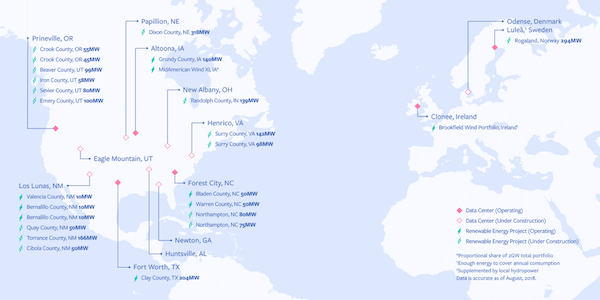 “We are committed to supporting our operations with 100 percent renewable energy and look to partner with organizations like TVA who offer solutions to help meet that goal,” said Bryce Dalley, energy manager, Facebook. “TVA has been a great, responsive partner, and we are looking forward to being a part of the community in Huntsville.”

Facebook is aggressively building out its solar portfolio in the past few years. Most recently announcing 100 MWs of new solar power in New Mexico to support the expansion of its datacenter in Los Lunas. Earlier this year it announced a 150 MW installation to power its Newton Data Center in Georgia.

Still, the new installations in represent a first for the region, which is powered by TVA, a US corporate agency. It came about through TVA’s 2017 Request for Proposals to provide large solar projects to support Facebook’s operations in the region.

“TVA’s commitment to the environment and our diverse portfolio are among the top reasons why businesses choose to relocate to the Valley,” said John Bradley, TVA’s senior vice president of Economic Development. “TVA’s ability to deliver large amounts of renewable, reliable energy at competitive rates makes the Valley an attractive place to do business and recruit quality jobs.”

“Solar power has a bright future for families in the Tennessee Valley if we can continue to attract top-tier companies like Facebook,” Perry said. TVA is planning to invest $8 billion in renewable energy over the next 20 years. However, it has come under fire for refusing to improve its Green Power Providers Program.

Overall, TVA’s relationship with solar power and renewable energy has remained contentious, particularly after President Trump (R) was elected. It has attempted to impose charges on rooftop solar and is now being sued over the controversial measure.