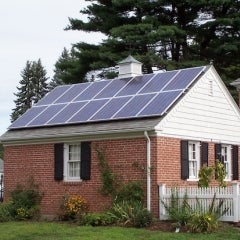 Connecticut’s Clean Energy Finance and Investment Authority (CEFIA)—also called the CT Green Bank—has leveraged $9.5 million in ratepayer funds into a $50 million private capital investment to support solar leasing for homes and businesses under a public-private partnership. The fund created is expected to support roughly 14 megawatts of distributed photovoltaics—enough for about 1,500 homes and 40 commercial photovoltaic (PV) systems, as well as 400 solar thermal projects—over the next two years.

“Expanding renewable energy options in Connecticut is a critical part of making energy cleaner, cheaper, and more reliable,” says Gov. Dannel Malloy (D). “This newest financing tool will help move us away from polluting fossil fuels at the same time we are creating more green jobs and making the state more competitive.” 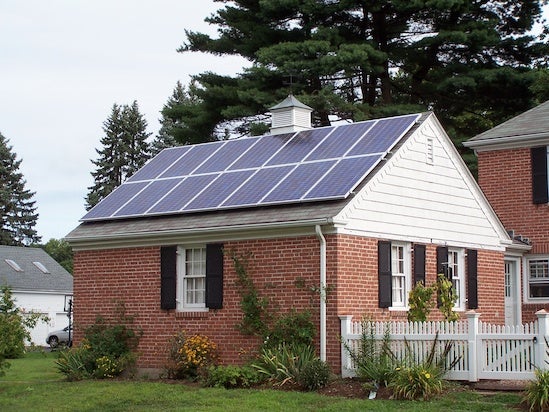 With the new fund, the CEFIA also is launching CT Solar Lease II, which it calls new and improved. The second round of the state leasing products will support twice as many projects as the first offering, the agency says. “Furthermore, CT Solar Lease II provides best in the nation customer access, reaching credit scores as low as 640, and permits homeowners flexibility of payment, allowing for more Connecticut residents to go solar,” CEFIA says.

The Solar Lease II also allows homeowners and businesses to choose from a variety of installers in Connecticut, not just those with access to their own sources of capital and tax equity. In addition, by leveraging so much private investment, the subsidies being paid by electric customers will be reduced in the state.

“We have developed a product that maximizes the deployment of residential solar PV systems per dollar of ratepayer capital at risk,” states Bryan Garcia, president of CEFIA. “Not only does this product allow customers to be cash-flow positive from day one, but it also returns ratepayer capital for reinvestment in Connecticut’s clean energy economy.”

The new round of funding for the program was derived from a number of private market participants, including a syndicate of debt providers and a renewable energy tax equity partner. They include U.S. Bank, First Niagara, Webster, Liberty and Peoples United banks. “By harnessing the power of public-private partnerships and building upon the success of the state’s first solar lease initiative, we’re collectively creating opportunities for sustainability,” said Matt Philpott, senior vice president of U.S. Bank.

The partnership also includes other services. For instance, AFC First is providing servicing and management, and Assurant is providing bundled insurance packages for those in the program.