There are plenty of rumors out there about new gadgets and gear and none are usually more tantalizing than those that come out around Apple. While some companies are creating solar-powered smartphone cases with extra battery power others are working on ingenious ways to incorporate solar-charging directly into a smartphone’s touchscreen surface itself. One of the most active companies in this space is Apple, which has filed numerous patents related to photovoltaic devices that could be used to power its devices—most likely phones and tablets and now some are raising speculation that as soon as 2014 it could start integrating invisible solar charging into the surface of its mobile devices.

While a solar-powered battery pack will and can work, it’s also far from an ideal solution since most devices require the user to turn the device so its back faces the sun. An external solar charger will allow users to see or interact with the screen while charging but requires carrying additional equipment. But integrating a PV cell into a device’s screen would allow users to charge the device while still using or looking at it. 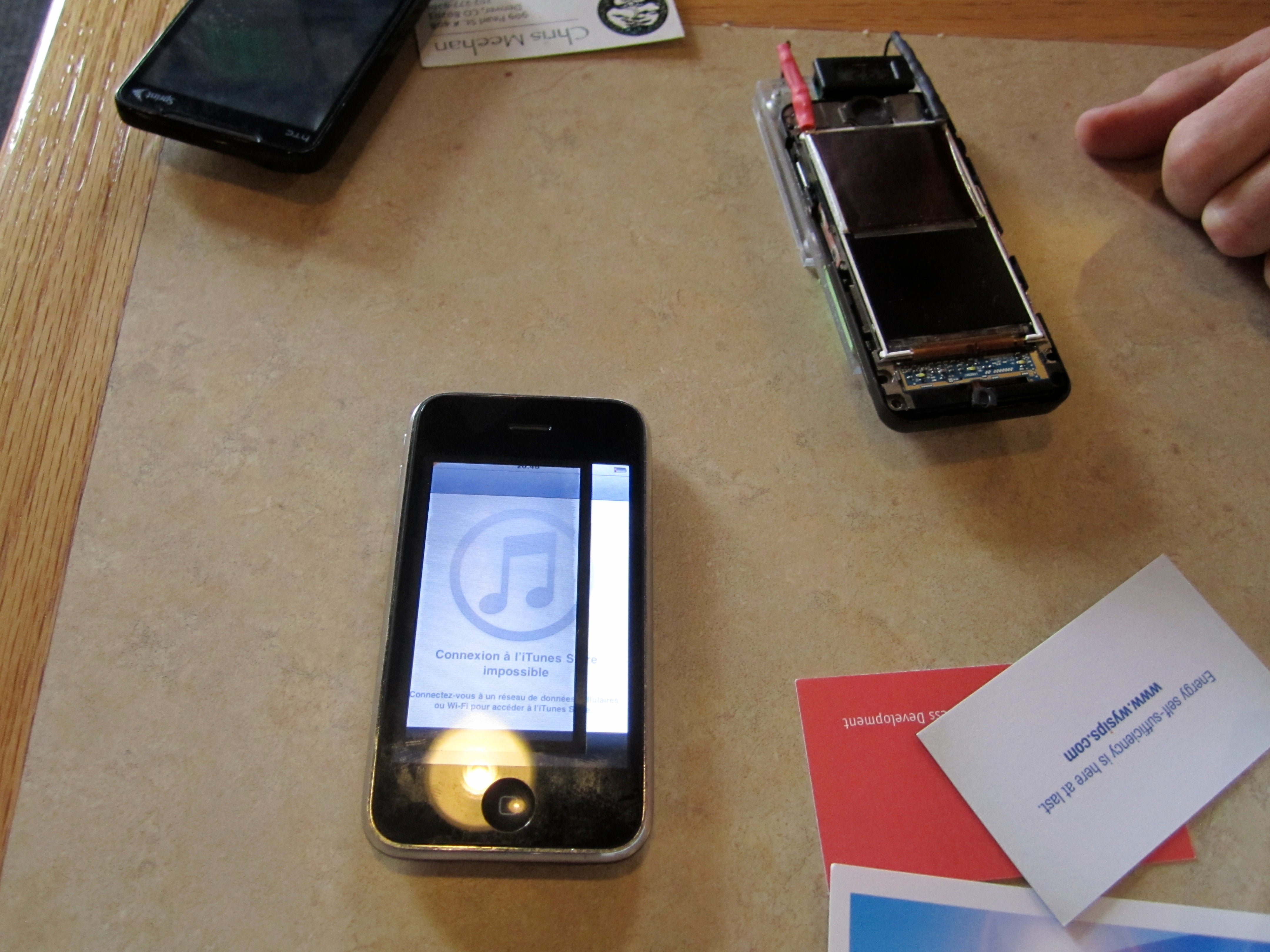 Most recently a contributor to Seeking Alpha wrote a piece discussing whether or not Apple will integrate solar charging into its iPhone 6 and other devices out this year. The author, an investor named Matt Margolis cited a number of reasons Apple could introduce the technology this year in his post “Apple's Solar Powered iPhone 6 And iPod Touch Under A Sapphire Hood.”

Among the reasons, Apple has posted jobs for engineers that could be working on such a product. In addition, the company signed a $578 million contract with GT Advanced Technologies for manufacturing its Sapphire materials at Apple’s new facility in Arizona, which could serve as a replace material for the Gorilla Glass on its current iPhones—but also be integrated with PV. In addition, the Sapphire material could even be tougher than Gorilla Glass.

In making his argument Margolis references two patents Apple was granted in 2013. The first for an integrated touch sensor with solar panel configurations, which was filed last February. The second major patent was granted on Oct. 31 related to a power management system with a solar panel option, which would allow a device to safely charge the battery without adding much or more space-taking components. Another reason to support Margolis’ argument is that having the Sapphire facility on site in the U.S. as well as other manufacturing equipment that could be used for manufacturing solar onsite could all Apple to more quickly launch products for the U.S. and international markets.

Other companies are in hot pursuit of making a solar-powered smartphone with invisible PC cells as well, among them Samsung and LG. But perhaps most notable is that developed by France’s Sunpartner, called WYSIPS (What You See Is Photovoltaic Surface). As of 2011 the device almost entirely transparent and could be attached to a touchscreen device without interrupting its operating ability. That company partnered with Chinese mobile phone maker TCL Communication last summer to develop such a device.

On the other hand, this technology may not yet be ready for the commercial market. “Of all of Apple’s products, the iPhone offers some of the least surface area to work with. The latest generation of solar panels are a lot more efficient reaching close to 40 percent in the labs, but still, there’s no way that a panel the size of an iPhone screen – even the larger one we expect in the iPhone 6 – is going to power the phone on its own,” wrote 9to5Mac’s Ben Lovejoy in response to the Seeking Alpha piece. And those are the most expensive PV cells. Integrating them into a cell phone could still add a lot of cost. Ultimately it’s hard to tell whether or not these technologies will see the light of day anytime soon, but there’s always hope if not just hype.