On May 13, SolarCity reported its first-ever first quarter earnings report since becoming publicly traded in late 2012. Overall, the company had a net loss of $31 million on $30 million in revenue for the quarter, produced a loss per share of 41 cents. While it’s expected that the newly public company will take some time to reach profitability, the results spurred at least one analyst to maintain his market perform rating on the company, with an emphasis on the downside.

Still, the company—the first residential third-party ownership company to go public in recent years—is moving forward and has a large project pipeline. “We now have over $1.2 billion in contracted payments remaining to SolarCity,” said CEO Lyndon Rive, according to a Seeking Alpha transcript of the earnings-day call. “We still have a very strong backlog. Our backlog today is 195 megawatts. Some of this backlog will be deployed over multiple years.” 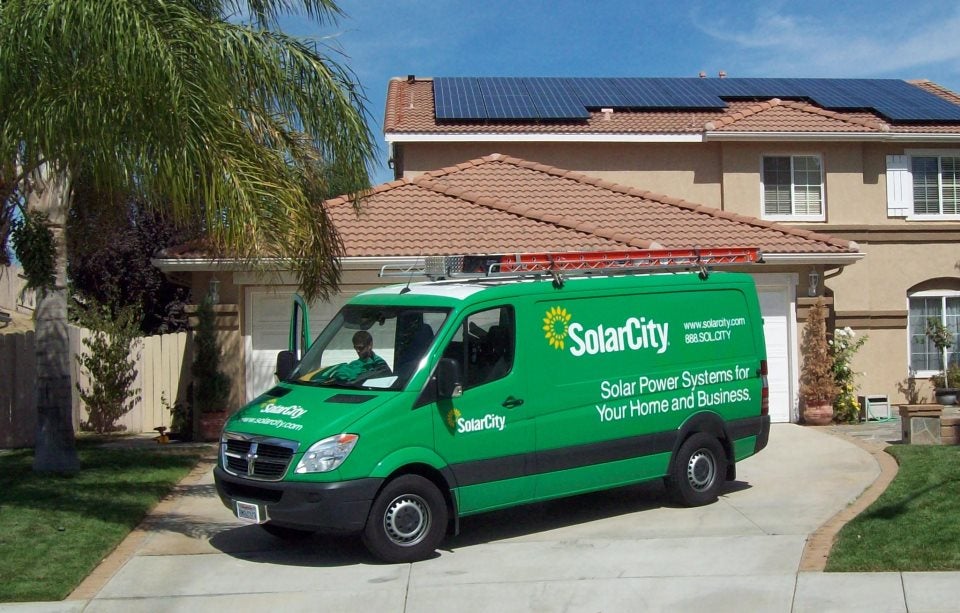 CEO Rive said that the company wants to bring the backlog down significantly in the future. “Instead of reporting the backlog number, we’ll report our bookings for the quarter.”

During the first quarter, the company added more than 7,000 customers, raising its total to more than 57,400 customers. It also deployed 46 megawatts of rooftop solar, which exceeded its guidance of 41 megawatts. “Residential deployments were 33 megawatts, which represents a 137 percent increase from the same quarter in 2012,” said SolarCity Chief Operations Officer and Chief Technology Officer (CTO) Peter Rive. “Our residential deployment capacity continues to scale this plan and as a result, we are on really good position to reach our goal of 250 megawatts [for] 2013.”

SolarCity also continued to strengthen its relationships with partners. “We have announced our 1,000th customer with Shea Homes,” CEO Rive said. “We’re excited about the new home builder market. Just for reference, the new home builder market and the market that we service install roughly 120,000 to 150,000 new homes a year. The entire solar industry does not install that amount of systems,” he said. He also noted that the company is expanding its commercial business, including the launch of a partnership with Walgreens, which was launched in Colorado earlier this year.

At this point the company has the ability to finance 158 megawatts of rooftop solar, according to Chief Financial Officer Robert Kelly. “We also during this quarter added two new investors,” he said. “It’s important to increase the sources of capital here and new investors are very important guarding the amount financing capacity.”

The results inspired a lukewarm response form at least one energy analyst, Pavel Molchanov of Raymond James & Associates. “Calling this stock ‘overheated’ is a bit of understatement, in our opinion,” he wrote in a research note. He also noted that the Rives’ SolarCity, cousins of Tesla Motors and SpaceX Founder Elon Musk, didn’t have a quarter like Tesla’s. “We believe this quarter was not the blow-out the market was hoping for—no Tesla-like beat, in other words— and, if anything, the timeline to profitability looks even more distant. That said, within the fast-growing U.S. photovoltaic (PV) market, SolarCity is the top (non-utility) downstream pure-play and one of the very few public ones, thereby making it a textbook ‘story stock.’” In response to the results, however, Raymond James maintained its market perform rating for the company.

Following the results, SolarCity’s stock was driven down, opening at $32.22 on May 14, down from the previous day’s close of $35.88. However, the stock had risen 85 percent since SolarCity reported missing earnings for the fourth quarter of 2012—the first quarter it was publicly traded.