Ahead of a complete turn around in the photovoltaic manufacturing market, silicon wafer manufacturers are ramping up their production and increasing it by 19 percent in 2013 compared to last year. The anticipated growth is coming even though a glut in PV modules still exists, according to a new report NPD Solarbuzz report “Polysilicon and Wafer Supply Chain Quarterly”.

The report says that wafer production fell 15 percent in 2012 over 2011. With the anticipated buildup through the rest of 2013, however, Solarbuzz anticipates that manufacturers will make 30 gigawatts of the semiconducting wafers for the PV market. “However, industry utilization is expected to remain below 60 percent, and while prices have stopped falling, no significant increases are expected, so profitability for wafer makers will remain challenging,” the report observes. Still, it seems they are ramping up production as it’s anticipated that the oversupply of modules will end in the next few years. 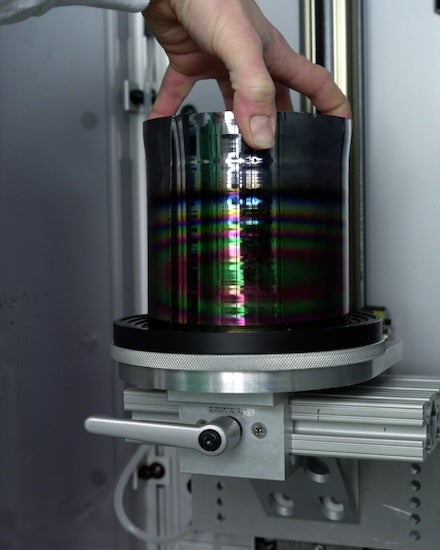 Speaking earlier this year, Solarbuzz Senior Analyst Michael Barker discussed what caused the oversupply several years ago when demand for PV was doubling from year to year. “There was a rush to get in and supply that growing demand,” he said. The resulting scramble to ramp up production and manufacturing led to a production boom that eventually outpaced that demand. Since then, “We have seen a real downward push on margins and prices as manufacturers have ramped capacity and supplied a lot more than the end market was growing ... In 2012, the industry had an ability to supply 50 percent more product than the end market was demanding. There’s quite a ways until we get to a true supply-demand rationalization,” Barker said.

With the anticipated ramp up in new production, Solarbuzz also projects stronger growth in the long term for the more efficient monocrystalline silicon (mono c-Si) wafers, which will likely be driven by Japan. “Supported by attractive solar PV incentive rates, Japan will account for more than 10 percent of global PV demand in 2013,” said Charles Annis, Solarbuzz vice president. “With a strong rooftop segment and limitations on the availability of land for large-scale ground-mount installations, Japan has now become a key driver for mono c-Si based modules.”

In the shorter term, however, the report anticipates that multicrystalline or polycrystalline silicon silicon wafers will make up the larger demand in the market. The report stated that their efficiencies, which are now as high as 18 percent, are coming closer to the efficiencies of monocrystalline wafers. Polycrystalline wafers are also cheaper to produce. But Solarbuzz anticipated that advanced cell designs and manufacturing techniques can further lower the costs of mono silicon wafers. “Assuming the success of these technologies, NPD Solarbuzz forecasts that mono c-Si cell production will grow at a faster rate than multi c-Si cells beginning in 2015, expanding into more applications and increasing market share,” it said.