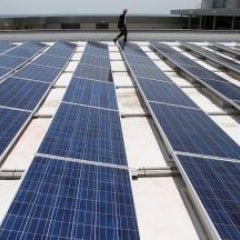 On April 25, Mosaic launched its biggest public solar investment opportunity yet. It opened up a nearly $700,000 round of financing to Californians to support its 487 kilowatt project at the Wildwoods Convention Center in Wildwood, NJ. The convention center hosts such events as WWE, the Harlem Globetrotters and Roller Derby events and has seen more than 1 million visitors since opening in 2002.

The offering is part of Mosaic’s $100 million Golden State Series of solar investments, which allows residents of California to directly invest in Mosaic’s renewable energy projects across the U.S. Mosaic offers the public the opportunity to invest directly in solar projects and in January of 2013 it offered its first projects with guaranteed returns. Its offerings, kind of like crowdfunding but more like securities or bonds, have proved wildly popular. Mosaic's last four project offerings sold out within the first 24 hours. Its most recent, the $157,750 investment opportunity for an array at the Ronald McDonald House in San Diego, sold out in under six hours on April 8. 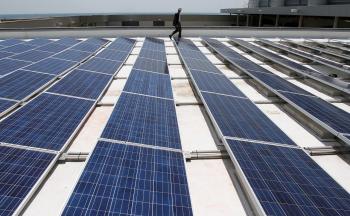 As of this writing, the Wildwoods project is about a third fulfilled, with Californians investing more than $230,000 in the project. Given the size of the funding opportunity, Mosaic won’t be surprised if this project doesn’t sell out in the first 24 hours, says Mosaic spokesperson Lisa Curtis. This is also the third round of funding for the project; the first two rounds were for accredited investors, which lends some additional security to the project.

Mosaic is at the forefront of attracting a much wider range of investors to contribute directly in renewable energy projects. Most large solar energy projects in the U.S. are financed by banks and institutional lenders, which expect quick returns on investment and relatively high interest rates to cover the risk of investing, adding cost to the project. But as solar becomes more popular and projects become more standardized, solar can draw a wider range of investors including the public. This is happening in community solar gardens locally. As with Mosaic’s Wildwoods project, the company can finance a project across the country while offering the investment opportunity in a specific region, like California.

Since the idea of direct investing in solar projects is still relatively new, Mosaic isn’t able to offer the funding opportunity nationwide. “We notify everyone on our email list who is eligible to invest (in this case California residents) and reach out to our broader community through press releases, social media work and some online advertising. Since New Jersey residents are unable to invest in this project Wildwoods did not notify their community,” Curtis explains.