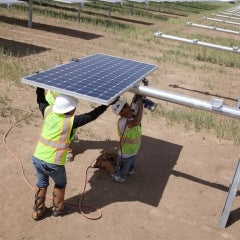 SunPower, MidAmerican Renewables and Southern California Edison held a ground-breaking ceremony this past Friday (April 26) for the Antelope Valley Solar Projects in California. Together they comprise 579 megawatts, representing the world’s largest photovoltaic plant permitted and under construction.

SunPower already installed the first megawatt of PV modules, now it just has 578 megawatts to go. “The start of construction on the Antelope Valley Solar Projects underscores that solar is a reliable, cost-competitive energy source,” said Howard Wenger, SunPower president, regions. “SunPower is proud to partner with MidAmerican Solar and Southern California Edison on this historic project, which is bringing critically needed jobs and economic opportunity to California today and will generate abundant clean, renewable power to the state over the long term.” 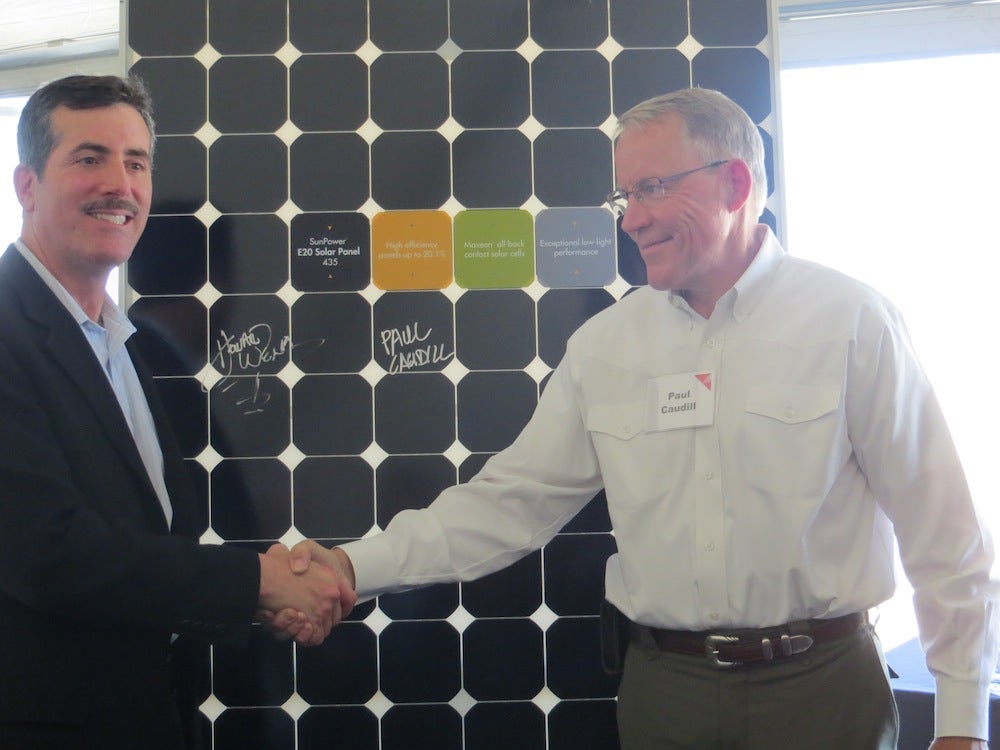 The Antelope Valley Solar Projects consist of two large projects co-located in Kern and Los Angeles counties in California. Each of which is under a long-term power-purchase agreement with Southern California Edison. 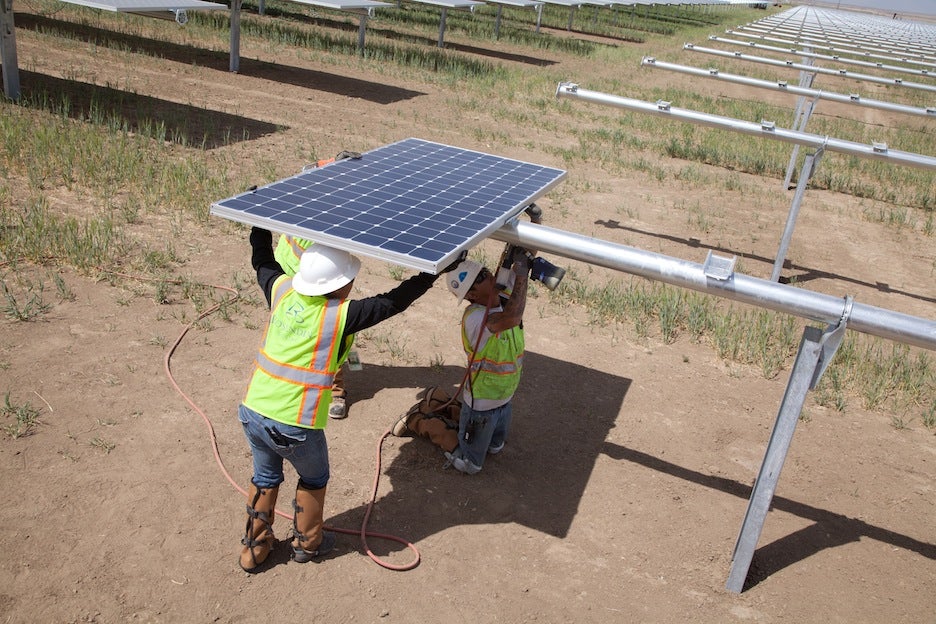 "We look forward to continuing our involvement in the Rosamond, Lancaster and Palmdale communities and, as we move forward, in the surrounding areas. The MidAmerican Solar team is committed to working hand-in-hand with the development’s neighbors and stakeholders. We also look forward to providing a reliable source of renewable energy to our customer Southern California Edison,” Caudill said.

This is one of those projects that has been in the works for a while before it takes off at a breakneck pace. SunPower sold the project to MidAmerican in late December 2012. Construction (which included preparing the 2,230-acre sites) began in January and it’s expected to be fully complete and operation in 2015. It also shows the rapid speed with which a PV project of this magnitude can come online. When construction on fossil-fuel fired power plants like coal or natural gas plants get underway it can take up to five years before they’re online, and they generally come online all at once.

The Antelope Valley Solar Projects will come online in staged units, adding power to the grid over a relatively short period of time. That’s thanks to SunPower’s modular approach to developing large-scale solar projects with its 1.5 megawatt Oasis Power Plant product, which includes its modules and T0 Trackers. The system is being integrated into the grid in units, rather than as one whole project. Construction began in January 2013 and is expected to be complete by year-end 2015.