SolarStrong strikes again—and it’s a good thing. SolarCity’s partnership with U.S. Renewables Group Renewable Finance and Bank of America Merrill Lynch to install solar on military housing units at bases across the country is making rapid progress this year. On July 3, it announced that it will install solar at more than 600 houses at New Mexico’s Holloman Air Force Base.

Six-hundred homes, roughly 3.4 megawatts of distributed solar sounds like a lot. But it’s less than 1 percent of the 300 megawatts SolarCity plans to install across 120,000 military homes and housing units in the coming years. In fact, it’s a much smaller project than the 24 megawatt, 6,500 residence project SolarCity started at Ohana Military Communities in Hawaii earlier this year.

“The children who grow up in these neighborhoods will have a glimpse of the future before any of us—neighborhoods in which the majority of roofs have solar panels on them,” said Aaron Gillmore, SolarCity’s vice president of solar development. “It’s the foresight and strategic know-how of the Department of Defense that is making this future a reality today.” 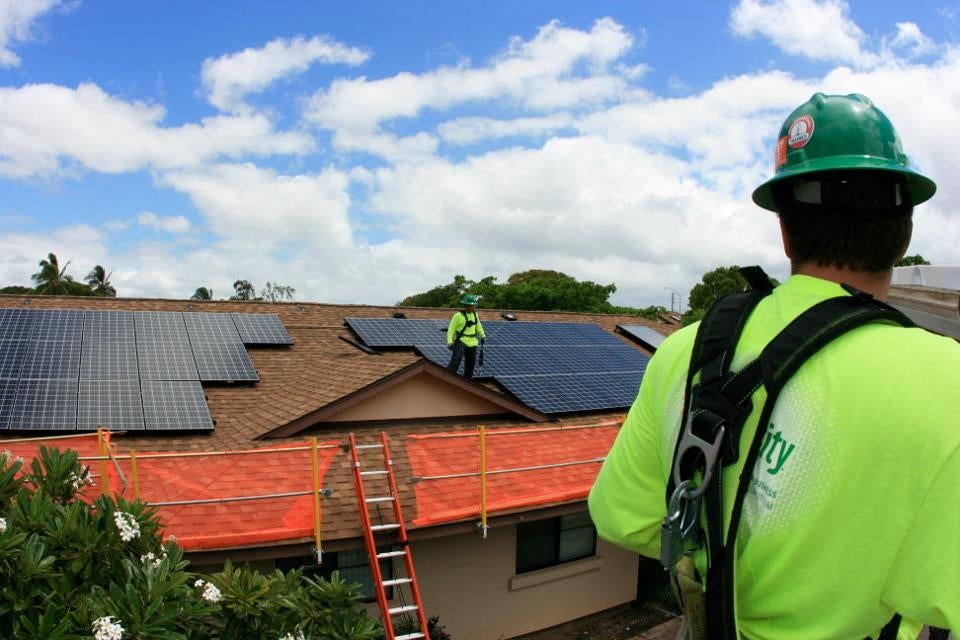 The housing community at Holloman is owned and managed by Lend Lease. As such the project is also part of Lend Lease’s commitment to President Obama’s Better Building’s Challenge, which is expected to reduce Lend Lease's energy consumption by at least 20 percent in two to five years for its entire military housing portfolio, according to SolarCity.

SolarCity’s efforts to put solar on these bases can be likened to an all out military blitz. Since announcing the project in September 2011, the company has steadily picked up the pace of installing solar at military housing sites. It currently has projects underway at Fort Bliss in Texas, Joint Base Pearl Harbor-Hickam in Hawaii, Marine Corps Base Hawaii and Navy Region Hawaii (the Ohana Communities), Tierra Vista Communities in Los Angeles, and Peterson and Schriever Air Force Bases in Colorado. The SolarStrong project was also presaged by a 2009, 900-home solar installation project at Soaring Heights Communities on Davis-Monthan Air Force Base in Arizona, which served as the project’s blueprint.

The project proceeded despite not receiving a loan guarantee from the Department of Energy, because the involved parties weren’t able to reach an agreement over terms in time for the deadline. The loan guarantee would have decreased the risk of the investment for Bank of America, potentially lowering the cost of the project, however the falling prices of solar made the project investment worthy. It’s also part of a larger effort by the Department of Defense to add in significant amounts of renewable energy generation—3 gigawatts by 2025.