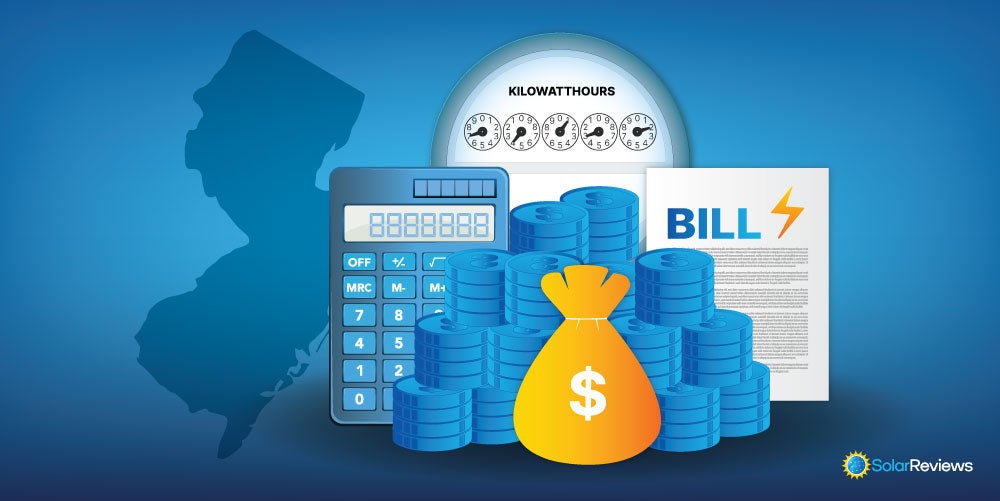 New Jerseyians are no strangers to high price tags. The state was named the fifth most expensive to live in the U.S., and the price of electricity is no exception. The average New Jersey resident spends about $116 per month on their electricity bill, but the actual amount of an individual bill can vary widely.

There are a few factors that impact how much an electric bill will be, including a home's energy usage and where the electricity is being purchased from. Let's take a closer look at how much energy costs throughout the state, how it varies by company, and how you can reduce your electricity costs.

NJ electricity prices at a glance

How much are New Jersey electric rates?

On average, Garden State residents can expect to pay about $0.17 per kilowatt-hour (kWh) of electricity, which is higher than the national average of $0.15 per kWh. This rate isn't the same across the state, though.

Utilities list their "Price to Compare" for customers who want to shop around for different electricity rates. The Price to Compare represents the average cost of the generation and transmission of electricity and is the portion of your bill that would be replaced by a third-party provider.

The following table outlines the Price to Compare rates for different utilities throughout the state:

*Represents the Price to Compare rate. Does not include all charges and fees on the final bill. Rates vary by season and usage.

Should you use a third-party energy provider?

Most New Jerseyians don’t use third-party electric suppliers. Instead, they purchase their electricity from their utility company. Aside from the fact that it’s less work to just stick with your local utility, many energy providers actually charge more than what utilities do.

Let’s look at a few electricity providers in PSEG’s territory as an example. AEP charges almost $0.19 per kWh, Green Mountain Energy charges $0.23 per kWh, and North American Power charges about $0.18 per kWh. These electric supply rates are double what PSEG charges for electricity, so switching to one of these electricity plan providers could raise your electricity bill.

If you do find an energy supplier that charges lower rates than your utility, it may be worth considering. But, you also need to make sure that the terms, taxes, and type of energy plan will work for you. The New Jersey Board of Public Utilities (BPU) has a complete list of third-party energy providers.

Even though New Jersey isn't the sunniest state, it's an excellent place to install solar panels. The state's higher-than-average electricity prices combined with state and federal solar incentives make going solar a no-brainer.

The average homeowner in the Garden State would have to pay somewhere around $12,800, including the 30% federal tax credit, to eliminate a $120 utility bill. That adds up to $1,440 in savings in just one year! Not only would you save on your electricity bill, but New Jersey's solar incentive program, called SuSI, can earn you over $10,000 over the lifetime of the system!

Our solar calculator can give you a detailed estimate of how much you can save on your energy bills, how much electricity solar panels can generate for you, and what kind of incentives are available in your area.