The LG Chem Battery: is it right for your home? 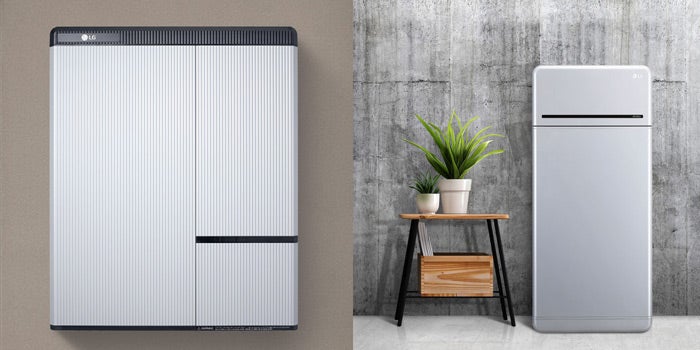 LG Chem’s Residential Energy Storage Unit (RESU) batteries are part of the new generation of solar batteries that provide energy storage and backup power for homes. They are designed to pair with a home solar system and connect directly to a storage-ready solar inverter for charging and discharging.

The LG RESU battery can be installed in either on or off-grid photovoltaic systems, and is one of the leading Tesla Powerwall alternatives. The third generation of LG Chem RESU “Prime” batteries was introduced in late 2020, and was made available in early 2021. Let’s dig into more about how the LG Battery works and whether it’s right for you.

How the LG Chem battery works

In a home solar-plus-storage system, one or more LG Chem RESU batteries are connected directly to your solar inverter, charging them using direct current (DC) power produced by your solar panels.

The batteries can hold between 9.6 and 16 kilowatt-hours (kWh) of electricity, depending on the size you choose. That corresponds to model # RESU10H Prime for the 9.6-kWh battery and model # RESU16H Prime for the 16-kWh version. An older 7-kW version is no longer being produced.

During the day, when the sun is high in the sky, home solar systems produce more electricity than the house needs. That stored solar energy can be used to power the home later in the evening, after the sun sets. It’s also possible to set the battery to retain a certain amount of its stored energy in case of a power failure.

Older RESU 10H batteries are divided into two sub-models that are each built to communicate with specific brands of solar inverters. Model numbers with “-C” at the end work with SMA Sunny Boy Storage inverters, and those with “-R” work with Fronius, Huawei, and SolarEdge StorEdge inverters. Your installer will select the proper model to work with your solar system.

The newer LG Chem RESU 10H Prime and 16H Prime batteries are made to work with many different kinds of inverters from SMA, SolarEdge, Sungrow, GoodWe, and Solis.

More information can be found on the LG Energy Storage System (ESS) site and the datasheet for RESU Prime batteries.

Like all home solar batteries, LG Chem RESU batteries are designed to charge from your solar panels and keep electricity available for you at night and in the case of a power outage.

But the LG battery has some specific advantages for homeowners over other types of batteries.

Because they use lithium ion battery cells, LG battery packs can be discharged to almost their full capacity every day, and last a long time. On average, LG Chem RESU 10H battery systems can charge and discharge every day for 10 years and still retain 60% of their original capacity. RESU Prime batteries retain 70% after 10 years.

In addition, LG’s advanced manufacturing process produces batteries that are more compact, more efficient, and lighter than many alternatives. And the LG Chem RESU batteries are all DC-coupled, meaning they charge directly from solar panels, which is more efficient than charging from power that has been converted to AC before reaching the battery.

Finally, the LG Chem RESU battery is available from many different solar installers across the country, including Sunrun, which sells the LG batteries for a low monthly payment as a managed energy storage solution they call “Brightbox.”

LG Chem’s warranty promises that its RESU batteries will maintain at least 60% of their initial rated energy storage capacity after 10 years OR before the battery has been used to provide 22.4 megawatt-hours (MWh) of electricity.

That distinction is important, because if you’re fully charging and discharging the battery daily, you’ll run through that amount of MWh sooner than 10 years. To spread 22.4 MWh over 10 years, you’d have to ensure the batteries discharge an average of only 6.14 kilowatt-hours (kWh) per day, which is 62% of their capacity.

This should be fine for most people, as daily cycling of the battery isn’t necessarily the plan. Talk to a licensed installer to find out whether you should expect to use more than 6.14 kWh of battery storage per day.

The warranty doesn’t include explicit protections from defects in materials and equipment, which is a fairly major oversight. The warranty implies that LG will repair or replace the battery if it’s found to be defective, but that doesn’t meet a very high standard.

It would be better if LG explicitly guaranteed protection for faults in materials and workmanship for 10 years.

LG Chem says the RESU 10H Prime will retain 70% of rated capacity after 10 years, but other details about the number of cycles or total MWh throughput haven’t yet been released.

Like many other solar system components, the price of the LG RESU batteries changes over time, and depends on where you install it and who does the work.

That’s not cheap. Luckily, there are solar battery incentives that can help bring down the costs.

The biggest incentive LG Chem batteries qualify for is the federal clean energy tax credit, which offers up to 30% of your total cost to purchase the battery back on your taxes. After the tax credit, the price range for an LG Chem battery is between $4,900 and $9,100, depending on the size of the battery and your specific home’s needs.

Some states and utility companies also offer solar battery incentives. The most notable is the Self-Generation Incentive Program (SGIP) in California and the Battery Bonus program on Oahu.

Is the LG Chem RESU battery worth it?

Whether battery storage is worth it to you depends on the price you put on peace of mind.

If you absolutely cannot bear the thought of suffering through a blackout in the dark, then the LG battery is an excellent choice. And, with Californians now seeing “planned outages” of more than a day or two on a regular basis, it might prove its worth in short order.

The only way the LG battery becomes financially worth it is if you use it to avoid Time of Use or demand charges. In that case, you’d have to be saving over $.50/kWh on every kWh of storage in order to make it worth it over the 10-year lifespan of the battery.

No place on earth has a difference of $.50 between its on and off-peak times, so the cost of the LG battery will basically never be repaid.

However, if you look at this more like a balancing act, between the “peace of mind” benefits and the tangible financial benefits, it might start to look better. Especially if you live in California.