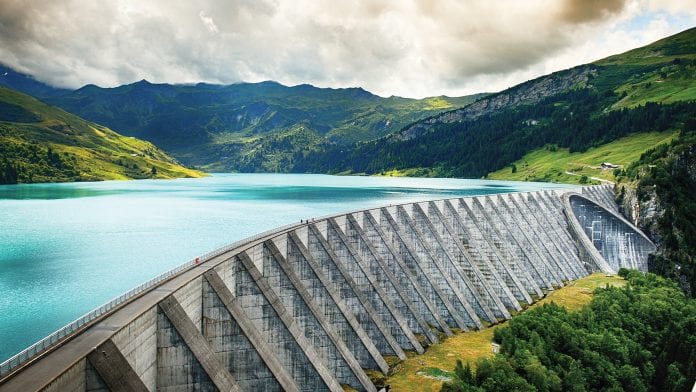 Hydropower provides great potential for renewable energy but it is not without drawbacks. Image source: Government Europa

In 2020, 7% of the energy generated in the United States was from large-scale hydropower plants. Hydroelectricity, which is created by hydropower plants, is a popular form of renewable energy that uses the flow of water to generate electricity.

Hydroelectricity is a renewable form of energy, but what are the other advantages this technology offers? Are there any disadvantages? The answer to both those questions is yes, let’s find out why.

Pros and cons of hydroelectric energy

Hydropower has been used for generations to provide the U.S. with reliable, fossil fuel-free electricity.

It is a great renewable energy source because water is usually very abundant, but it comes with some environmental drawbacks. While the power source itself is carbon dioxide-free, building dams along a river can have consequences for the native fish species.

Generally, the pros outweigh the cons for hydropower because unlike solar or wind, water can be relied on 24/7.

Hydropower plants create energy by using the force of water to turn turbines. They operate similarly to how a coal-powered plant is run.

For example, when coal is burned in a coal plant, the steam that is created powers turbines that then create electricity. With hydropower, the energy source that generates power is water.

The most popular form of hydropower, also known as hydroelectric power, is a large dam that holds water in a reservoir, like the picture below. When electricity is needed, water is released from the reservoir, which then propels turbines to produce electricity.

While hydroelectric dams are a great way to produce electricity, there are some disadvantages to them, which we will detail below.

Hydroelectric energy is classified as a renewable energy source because it is powered by water, and water is a naturally replenishing resource.

Since water is the energy source that powers a hydropower plant, there is no pollution emitted during the generation of power. Both of these factors make hydropower renewable, because water is naturally replenishing and because it is not a source of greenhouse gas emissions.

The action of generating electricity with hydropower energy does not emit carbon dioxide, a greenhouse gas that drives global climate change.

After a hydropower plant is built, it does not emit pollution into the atmosphere like many of its non-renewable energy counterparts, like coal and natural gas.

Water flow is usually very predictable and is taken into consideration when determining where a hydropower plant is built, either on an actively flowing river or built with a dam to manage water flow.

Additionally, the output of electricity can be adjusted. If energy demand is low, water can be averted from the turbines and less energy will be produced. The opposite is true if more energy is needed - more water can flow into the plant for electricity production.

Generally, hydropower is a very safe form of power generation.

No sickness-causing pollution is emitted during energy generation and there is zero chance of oil spills or gas pipes breaking, since the only fuel used to power a hydropower plant is water.

Hydropower facilities can be tricky because when one is built with a dam, such as the famous Hoover Dam in Nevada, a previously dry land area will be flooded with water, in order to be used as a reservoir. That means whatever habitat was in that location will be ruined. Also, the natural flow of the river will be affected.

A non-natural water flow leads to issues ranging from less sediment reaching the end of the river, a natural way to build up and maintain land, to affecting fish migration patterns. Also, many rivers travel through multiple counties and if they are dammed, upstream countries could take more water than is fair and leave less water for countries downriver.

Before choosing locations for hydropower plants, the potential environmental effects should be carefully considered to make sure that the plant can be as environmentally-friendly as possible.

Building any type of power plant is expensive - hydroelectric power plants can cost as much as $580 per kilowatt to be built, and they usually range from 10MW to 30MWs (where one MW is equal to 1,000 kilowatts).

This means that the upfront cost of building a hydropower plant can be millions of dollars. Compared to the falling prices of solar installations, for example, hydropower is a more challenging renewable project to finance.

The ability to create electricity can be severely reduced if there is a drought and not enough water is flowing into the plant.

The good news is, most droughts are a short-lived break from the typical water cycle and should only create a minor delay in electricity generation.

It is challenging to find a suitable spot that has a large year-round water supply, with the right amount of water and is close enough to existing power lines. It is also a delicate balancing act to keeping enough river water wild (meaning without dams), versus damming up many rivers for power.

Hydropower vs other renewable power sources

The main advantages of hydroelectric power are that it is 100% renewable, it can generate electricity at any time day or night, and its operation is generally safe.

However, it is challenging to build hydropower plants because you need to completely dam up a river. Not many utility companies can afford this, and usually governments foot the bill for hydropower plants.

Interestingly, states with a lot of hydropower plants tend to have cheaper electricity costs. So if states are willing to pay the upfront costs to build hydropower plants, they can reduce consumers' electric bills.

Solar power is a cheap source of renewable energy but hydroelectric power is more consistent since water is rushing through the turbines 24/7, versus the sun that only shines during the day.

While windpower is also a very consistent form of renewable power, wind turbines will have a higher maintenance cost than hydropower plants because the turbines are larger and constantly moving, meaning they break down more easily.

As for biofuels, hydropower is superior because once the plant is built and running, the environmental impacts are less. With biofuels, you need to constantly cut down trees or plants that will be burned for fuel. But with hydropower, water is plentiful and does not emit CO2 when powering the plant.

Learn more about the pros and cons of other renewable energy sources:

While no power source is perfect, hydropower can provide a good balance of renewable energy that produces reliable power with limited environmental impacts. To combat climate change, hydropower will be a necessary part of the U.S. energy mix because it is both greenhouse gas emissions free and a relatively simple and reliable way to produce clean energy.