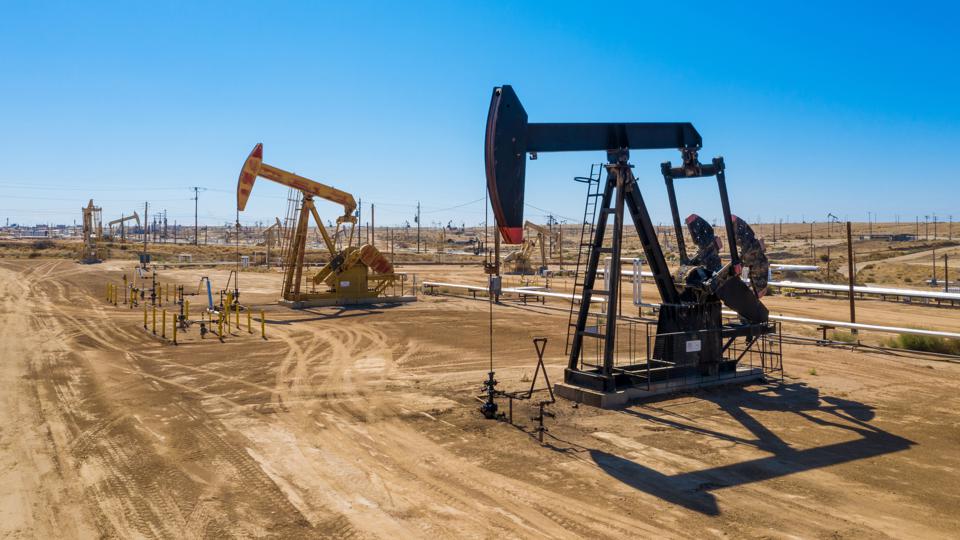 Will oil fields soon be relics of the past? Image source: Forbes

The moment the Biden Administration revoked the permits for the Keystone XL Pipeline, media reports of the lost jobs that would ensue began to pop up within hours. It is a valid claim - jobs will be lost. But that is a claim that is latched onto for the sake of stifling progress.

As we transition to the future and the inevitable change that progress creates, there will be jobs to be gained within the renewable energy industry. Jobs that include construction, coding, writing, engineering, and beyond; jobs that those in the fossil fuel industry are adept at transitioning to.

One of the largest cries from the fossil fuel industry is that the switch to renewable energy would ruin the economy and cost thousands of jobs. This kept the switch to renewables at bay for a long time, coupled with the doubt that climate change would need immediate, life-altering action. That, plus a dose of government subsidies that kept the fossil fuel industry afloat.

While Americans are beginning to see and acknowledge climate change, a string of events led us to a rupture in the fossil fuel economy sooner than imagined. The prices of renewable energy, particularly solar, began to decline at a significant rate beginning in 2010. While renewables became more attractive, investment in renewable energy projects began increasing.

Public support for renewable energy saw an uptick as well, but the final blow to the fossil fuel industry was COVID-19. Throughout 2020, fossil fuel employees were being laid off week after week.

The solar industry also faltered, but quickly bounced back - and hired some of those out-of-work fossil fuel workers to manage its growth.

Lost jobs and a lost sense of community

Many towns and cities that produce coal and gas have a community built around the fossil fuel industry. It is the industry that brought many places into existence, building entire towns around a coal mine, and supplied jobs that were passed down by generations.

Because towns were built to support fossil fuel mining, fossil fuels indirectly supported other jobs throughout the community. Teachers, bankers, restaurants, and entire livelihoods were all supported by the success of that town’s coal mine or oil field.

And in some places, oil, gas, and coal are what is subsidizing a state or city’s tax income and therefore, its budget. States and communities with ties to fossil fuel industries rely on both the cultural identity and that industry to provide taxes for the state, such as Montana and Alaska.

With an industry tied so deeply, both culturally and monetarily to a location, any change will be met with resistance.

Yet, some communities have been embracing renewable energy even before the Biden Administration's encouragement. For example, Cheyenne, Wyoming formally relied on oil revenues for their city’s budget. But newly-installed wind farms helped Cheyenne increase its revenues compared to 2019. Even at the height of the COVID-19 gas price plunge, Cheyenne remained profitable.

Renewable energy as a path forward

Because renewable energy is less volatile since its revenue does not rely on the cost of a barrel, it offers great potential as a replacement in these communities, from wind farms in Wyoming to solar panels in Nevada.

Highly skilled jobs that are needed to maintain renewable plants can be transferable for those who worked in the fossil fuel industry with the right training, as evident in a budding wind energy industry in West Virginia.

This shift has been steadily happening for a few years but it was exacerbated by the COVID-19 drop in oil prices. Even before Joe Biden took office, oil and gas jobs were decreasing due to automation, decreased demand, and the market leaning towards cheaper, more profitable renewables.

Renewable energy jobs might not be as lucrative as jobs in the oil field, but they offer more stability, less working hours, and a different kind of motivation - to help the planet. Before being trained for new jobs, fossil fuel workers can be put to work plugging up orphaned oil wells and decommissioning power plants - jobs that can last for years.

We are seeing more communities embrace the clean transition and even advocating for government help to make sure they can be successful in the new renewable energy world. There is even proof that former fossil fuel workers in Texas are finding new jobs in the solar industry.

It’s not just former-fossil fuel states, the most recent numbers indicate that more than 800,000 Americans are employed in the renewable energy sector. This number is projected to increase due to the current national push towards renewables coupled with declining costs.

The future of renewable energy in the United States

Sunny states can capitalize on the benefits of solar power. Image source: NPR.com

Progress is coming with the announcement of the U.S. government fleet of cars going all-electric, GM announcing that their cars will be electric only, and the canceling of oil pipelines.

Electrifying everything from cars to home appliances will also help in the energy transition. But to make sure all of the gadgets above are truly clean, they need to be charged by renewables.

Aside from the federal goal of reaching net-zero emissions by 2050, various states are announcing zero emissions goals and implementing new opportunities for energy growth.

The prices of renewable energy have been steadily dropping to the point where building renewable plants has reached price parity with fossil fuel plants. Meaning, it costs the same to build these plants. However, renewable energy has the upper hand since it will not pollute the surrounding environment or contribute to global warming.

Because of this, it is possible for the entire United States to run on 100% renewable energy and do so “without ruining the economy”. This transition will not happen unless there are people working to get us there. Switching from fossil fuels will lead to losses in jobs, but it will not leave a void that cannot be filled by those same workers.

Ana is a web content specialist at SolarReviews. She has 5 years of marketing experience blended with 2 years of experience in climate communications and holds a master of arts degree in climate and society from Columbia University. Ana frequently volunteers for environmental causes ranging from oyster reef restoration in NJ to expanding bike sharing in Naples, Italy.

What are solar windows?

Solar windows can filter sunlight through them and turn it into usable energy. While not yet commercially available, they are being heavily researched.

PERC solar cells - are they the best choice?

PERC is a technology that makes solar panels more efficient by adding extra layers to traditional silicon solar cells. Find out if they’re right for you.

The best solar stocks to watch over the next decade

Learn about some of the more interesting publicly-traded companies in the solar energy and energy storage industries in 2021 and beyond.