Everything you need to know about California net metering 2.0 in 2022 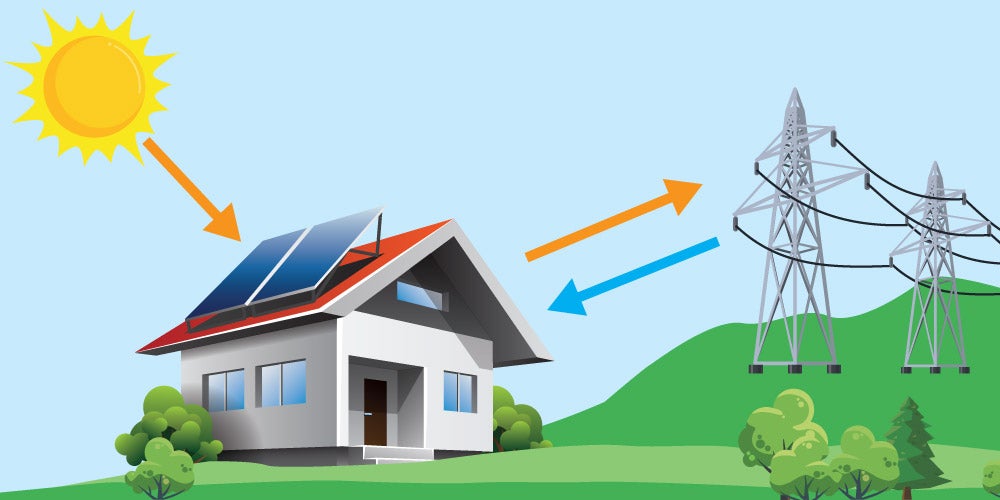 What do California homeowners need to know about NEM 2.0?

If you're in California & interested in solar energy, you've probably heard the term NEM 2.0. It stands for net metering 2.0, and it refers to the policy on how power utilities can buy and sell energy from solar customers.

Understanding how NEM 2.0 works is important: it applies to anyone who is thinking about getting solar panels and is a customer of PG&E, SDG&E, or SCE, and it is a big factor in determining whether or not getting a residential solar system installed is worth it.

In 2022, NEM 3.0 is under consideration and will soon replace NEM 2.0. Based on current proposals, it will totally alter the economics of residential solar in California. We have a blog discussing the proposed changes, and their implications on California homeowners, here.

However, until NEM 3.0 is approved by the CPUC, NEM 2.0 rules remain in effect. If your system goes online before the passage of NEM 3.0, you will benefit from NEM 2.0 for 20 years. Read on to find out exactly how NEM 2.0 works

See solar panel cost and savings calculations based on NEM 2.0

When was NEM 2.0 introduced?

Prior to NEM 2.0, the major utilities offered solar customers a net metering tariff called NEM 1.0. It was available for each utility until they reached 5% of power demand from solar generation.

NEM 1.0 was very successful in persuading Californians to get solar systems installed in their homes. In January 2016, the 5% cap was close to being reached, so the California Public Utilities Commission announced a new net metering tariff to succeed it.

In short, since July 1, 2017, all major investor-owned power utilities in California operate under NEM 2.0.

The main features of NEM 2.0

NEM 2.0 keeps some of the key aspects of its predecessor tariff (NEM 1.0) and changed others. Here all the key features of NEM 2.0 that you need to know about:

The most important feature of NEM 2.0 to be preserved from NEM 1.0 was the concept of net metering, which allows solar customers to sell excess energy back to the grid at the retail rate. This amount is then offset against their power bills, leaving the customer to pay the ‘net’ amount of power bills.

Time of use plans made mandatory

NEM 2.0 requires all solar customers to switch to Time of Use (TOU) electric plans. Under TOU plans, electricity is charged at different rates based on the time of day.

This has implications for net metering; the value of the credit for energy sold to the grid varies based on the TOU rate. This means that to get the highest net metering credits, consumers need to sell maximum energy to the grid during peak demand times.

Solar system designs in California are being adapted to take this TOU into account. Solar panels are now often positioned west or south-west to maximize energy production in the late afternoon; this helps earn higher value net metering credits.

Under NEM 2.0, there is a new component to total electricity rates, known as non-bypassable charges (NBC). This is a small charge, generally 2-3c/ kWh, that is added to energy charges. This component of the bill is not earned as a credit by consumers when they sell energy back to the grid; this means that consumers earn back a bit less than they pay for electricity.

The NBC has led people to say that NEM 2.0 does not offer true net metering, i.e. they don’t earn the full retail rate for energy sold back to the grid. This is technically true, but the good news is that NBC makes up a pretty small proportion of the overall bill.

How long will NEM 2.0 be available?

It's hard to say, but probably not for too long. California’s Public Utilities Commission is already engaged in deliberations with stakeholders, including the utility companies and the solar industry. A successor tariff is expected to be announced sometime this year (2022).

Most experts predict that NEM 3.0 - or whatever the next tariff is called - will see a reduction in benefits such as net metering to solar panel owners.  This is because regulators believe that NEM 2.0 unreasonably helps solar customers at the expense of non-solar customers.

You can find more about what's to come in our deep dive: Net metering 3.0 in California: What homeowners need to know

While NEM 2.0 slightly reduces the benefits of going solar, it retains the crucial incentive of net metering. This means that besides meeting your energy needs during the day, the excess energy produced by your solar panels will offset your energy consumption at night.

The benefit of net metering under NEM 2.0, combined with federal income tax credits and other incentives, means that Californians stand to make big monthly savings over the life of a solar system.

Getting a solar system installed now will lock you into NEM 2.0 for 20 years. This grandfather clause protects you from any reduction in benefits announced in NEM 3.0. In other words, your return on investment in solar panels is protected from any future policy changes.

To get a detailed breakdown of what getting solar panels looks like financially — including return of investment, payback period, and monthly costs and savings — create a personalized breakdown using the calculator below.

How much can going solar save you annually?