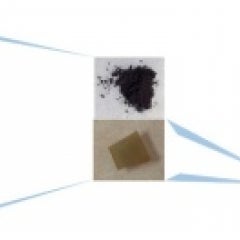 Perovskite crystals are perhaps the most promising new technology that could produce low-cost solar panels at high efficiencies and around the world millions of dollars are being invested to bring this promising new technology to market. Case in point New York’s University at Buffalo and Rensselaer Polytechnic Institute (RPI) just won a grant from the Department of Energy’s SunShot Initiative to investigate chalcogenide perovskites.

Already researchers have achieved high efficiency results with perovskites. Earlier this year, in fact, multiple organizations announced surpassing 20 percent efficiency with perovskites, which makes them as efficient—if not more—as the leading solar panels on the market. Researchers theorize that they could be part of an inexpensive solar device that’s more than 31 percent efficient, too.

However these have primarily been in lab test and use lead-based perovskites with have the drawback of toxicity. Chalcogenide perovskites are nontoxic, earth-abundant compounds, according to the university. Their electric properties make them ideal candidate for thin-film photovoltaic devices.

“Our long-term goal is to leverage the unique qualities of chalcogenide perovskites to produce solar cells that are not only highly efficient, but also able to be manufactured at a low cost at a commercially viable scale,” said principal investigator Hao Zeng, PhD, a professor of physics in UB’s College of Arts and Sciences. Co-principal investigators include RPI Professor Shengbai Zhang and RPI Research Scientist Yiyang Sun.

The $225,000 SunShot award will help the team develop techniques for fabricating thin film solar devices made from chalcogenide perovskites. The researchers plan to optimize the electronic and optical properties of the materials through defect engineering.

The university explained that chalcogenide perovskites are a novel class of semiconductors. They share similarities with halide perovskites and are strongly ionic. “This characteristic is expected to provide intrinsic defect properties favorable for charge transport in PV absorbers,” it said. The researchers also will investigate the photovoltaic-related properties of the materials, including band gap, carrier mobility and optical absorption.