To the dismay of the solar and renewable energy industries, President Donald Trump's (R) first budget proposal imposes many of the draconian cuts he promised putting millions of jobs at risk this morning (May 23). Clean energy industry organizations explained their disdain and what they plan to do to help maintain momentum in their industries.

"We were disappointed to see the administration’s proposal to slash programs that promote American-made clean energy. Clean energy research programs have been priorities of both Republican and Democratic administrations and Congresses and the investments have paid off many times over," said Abigail Ross Hopper, president and CEO of the Solar Energy Industries Association (SEIA). 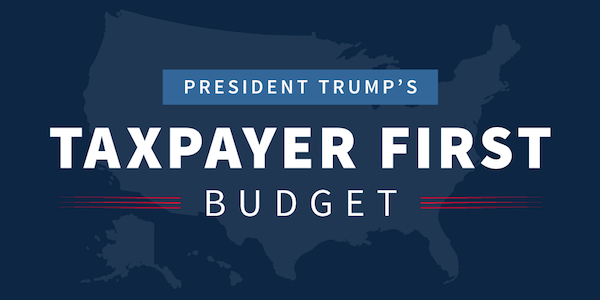 “The Business Council for Sustainable Energy is gravely concerned that significant cuts to, or the elimination of, key clean energy programs across a number of federal agencies as outlined in the President’s budget request, could undermine job creation and the goal to modernize the country’s aging energy infrastructure," stated Lisa Jacobson, President of the Business Council for Sustainable Energy (BCSE).

"Rather than cutting these programs, Congress should consider the value they provide to the reliability and security of the nation’s energy system and to American consumers. Of particular concern to clean energy businesses are cuts to programs at the Department of Energy, Department of State, the Environmental Protection Agency, Department of the Interior, and other agencies," Jacobson asserted.

A big concern is the loss of funding for research into clean energy, which has helped it grow, become cheaper and easier to implement while helping to reduce energy costs for US residents and create jobs. By cutting such funding it could be harder to see continual progress toward lower-cost, cleaner energy sources across the US.

Jacobson observed that clean energy industries have successfully partnered with the Department of Energy and national laboratories to bring new technologies to global markets. “This has given the United States worldwide competitive advantage and helps support over 3 million jobs in energy efficiency, renewable energy and natural gas manufacturing and service sectors. This market dynamism and success is the result of a long-time bipartisan consensus of world class research, both pure and applied, successfully linked with industry,” she said.

Still, the groups expressed hope that they could work with Congress to craft a better budget for the country. "We look forward to working with Congress as it drafts a budget that supports important clean energy programs that create American jobs, advance innovation and stimulate billions of dollars in private investment,” Hopper said.