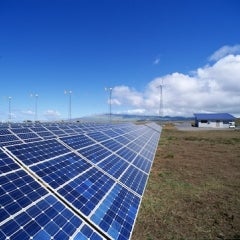 Anyone will agree it’s been an interesting year for clean energy. Prices continued to fall, incentives expired, were set to expire and most recently, some of the most important were extended just last week at the federal level. Now, at the state level, Advanced Energy Economy (AEE) offers it’s top 5 legislative issues for renewable energy for 2015—for better or for worse.

Starting with the most negative impact on solar policies is AEE’s number 3 “North Carolina Scraps Solar Tax Credits.” North Carolina is the biggest solar state in the southeast and among one of the U.S.’s biggest solar states in terms of amount of solar installed and under construction. But this year Americans for Prosperity, the American Legislative Exchange Council were able to convince the North Carolina to let its renewable energy and energy efficiency standard (REPS) expire. 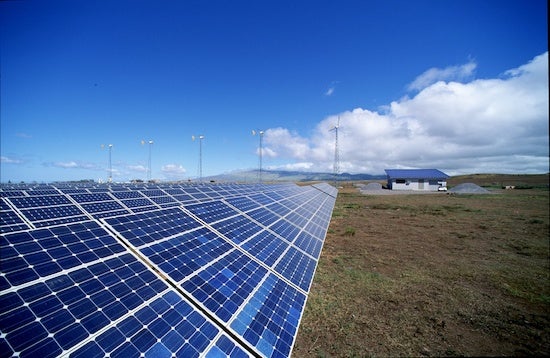 “The tax credits were part of the larger, very contentious debate over the state budget, and were not extended past their expiration date at the end of this year,” AEE said. “As a result, the only projects qualifying for the tax credit this year are those with ‘the minimum percentage of the physical construction of the project constructed’ by the end of this 2015, setting off a flurry of 11th-hour solar construction in order to qualify, but with the future unclear.” This means the future of solar and renewable energy in The Tarheel State.

Next was a bit more murky, AEE’s number 2: “Michigan Debates its Energy Future.” Michigan’s Renewable Portfolio Standard (RPS) is set for a sunset, AEE said. But the upper peninsula is likely to experience an energy capacity shortfall. As such energy policy has been one of the dominant themes of the 2015 legislative year—yet nothing’s been resolved.

“We have hosted five lobby days with more than 120 legislative meetings to bring the advanced energy industry’s voice directly to the debate in Lansing,” AEE said. It added that it will take weeks or months for results to be realized. Legislation has been introduced to make the state’s renewable portfolio standard a voluntary goal but it would extend the Energy Optimization Standard to 2022. In Michigan now AEE and Mi-EIBC are fighting to improve the energy package. That includes tightening the language around the RPS goal, enabling market access for advanced energy firms via a competitive procurement process for new generation units, and ensuring that the energy efficiency agreements made in committee are adopted when the legislation comes to the House floor.

Ohio’s clean energy landscape was looking negative but that changed when Gov. Katich took action, putting it in AEE’s number 4 position: “Kasich Says ‘Not So Fast’ to Permanent Freeze.” The Republican-led legislature’s Energy Mandates Study Committee released a report on the future of the state’s renewable energy and energy efficiency mandates and recommended that the state make its two-year freeze on renewable energy and energy efficiency permanent.

Kasich interrupted the recommendations. “By calling extension of the freeze 'unacceptable,' he effectively shut down the legislative effort to do away with energy efficiency and renewable energy—at least for the time being,” AEE stated. Meanwhile Ohio’s FirstEnergy reached an agreement extending the production of its uncompetitive coal-fired power plants for another eight years. “No one knows how this will play out in the 2016 legislative session, but we do know that all parties will come to play in this high stakes game over Ohio’s energy future,” AEE said. “To that end, AEE and our state partner, Ohio Advanced Energy Economy, are busy preparing for the debate to resume in earnest after the New Year.”

AEE’s number 5 policy issue was more positive: “Victory for Energy Efficiency in Pennsylvania.” The state’s Public Utilities Commission released its Final Order on Phase III of Act 129, the state’s energy efficiency law. AEE said it and partners lobbied for the energy efficiency standards, which include extending the act for five years, returning demand response to its energy efficiency programs and expanding the Total Resource Cost test. The test “measures the cost-effectiveness of proposed programs by the utility, to recognize savings from reduced fossil fuel and water use,” AEE explained.

“With this victory for energy conservation, Pennsylvania can build upon the $231 million in savings from 2014, as the Commonwealth can expect to save 6.6 million megawatt hours of electricity over the five-year life of Phase III,” AEE said. “Continuing this program will also be a win for Pennsylvania’s economy, providing market certainty for a segment of the advanced energy industry that currently employs 57,000 people at more than 4,200 companies.”

AEE and its partners’ biggest victory, it’s number 1 was in California: “California Goes Even Bigger on Advanced Energy.” In January Gov. Jerry Brown said he would extend and expand the Golden State’s climate and energy goals. That included expanding the state’s RPS to 50 percent by 2030as well as increasing building efficiency and reducing petroleum usage by 50 percent. “The legislation passed on September 11, at the very end of the legislative session, minus the reduction in petroleum use, after ferocious pushback from oil interests,” AEE said.

Given that only one of these issues was totally negative for the renewable energy industries and the Republican-led federal Congress supported renewable energy with the extensions of the Investment Tax Credit for solar and Production Tax Credit for wind it’s been a good year for clean energy. Looking ahead into 2016 and 2017 there will continue to be battles but at the moment, organizations like AEE and the public are fighting for clean energy and making progress on most fronts.