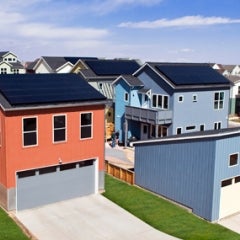 SunPower and Admirals Bank partnered today (June 16) on a new, $200 million loan program to support thousands of residential solar photovoltaic systems. The new partnership will allow homeowners—across the U.S.—to go solar with a SunPower PV array with a loan of up to $60,000.

This is one of the first instances where a solar loan program is nationwide. Most financing and or third-party companies, like Sungevity, Vivint Solar and SolarCity, have focussed on certain markets with the most favorable policies, including net-metering and solar incentive programs. SunPower works with independent solar installers to install its panels on homes, like some other third-party companies, too. 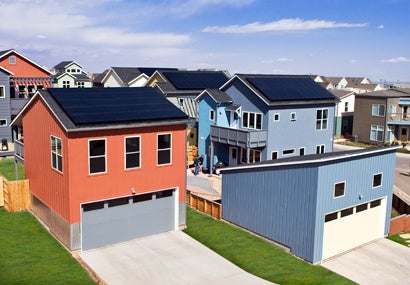 Under this partnership, even homeowners in states that don’t require net-metering like Idaho and South Dakota, for instance, or those that don’t allow third-party ownership can go solar through a loan rather than purchasing the system outright if they meet credit and other requirements.

“In some cases, the loan payment may be equal to or less than a homeowner’s current utility bill and, once the loan is paid off, the homeowner will own a system that can produce clean electricity for the life of the system,” said SunPower CFO Chuck Boynton. “They may also benefit from increased home value as a result of the solar system on the roof."

Admirals Bank is a provider of Title I Home Improvement Loans across the nation and since at least 2012 has focussed its Admirals Alternatives arm on making it easier for people to go solar and use renewable energy. “Under this program, we are offering preferred interest rates for homeowners who choose SunPower solar energy systems,” said Admirals Bank CEO Nicholas Lazares. “Admirals stands behind families and communities that choose to maximize their savings and minimize their carbon footprint.”

“Admiral Bank’s funding and affordable rates are enabling SunPower to expand its residential loan program to allow more U.S. homeowners to own the most efficient and reliable solar technology available,” Boynton said. The loans also allow homeowners to take advantage of the 30 precent Investment Tax Credit through the end of 2016 and any other state incentives offered in the homeowner’s state.

The loans are in addition to SunPower’s solar lease program in some states like California and Massachusetts. Such options have no up-front costs and monthly payments usually designed to be less than electric bills. However, the homeowners may not get the direct benefits of all federal and state incentives under lease options.