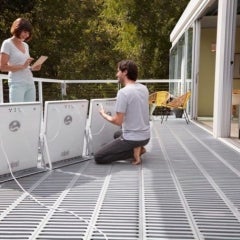 Plug-and-play solar panels are coming to market. At least if SunCulture has anything to do about it. The company announced pricing and pre-orders for its SolPad, a solar panel and battery system that allows owners to directly plug into the device and use it to power their electronics or chain multiple units together to power larger devices or appliances.

The company will start taking pre-orders for the units on May 3, 2017, at the introductory price of $1,395 per unit. The 70-watt device weighs 25 pounds and includes batteries capable of storing 600-watt hours of electricity, enough to power a mini-fridge for roughly 10 hours. The devices also include Wi-Fi and two universal AC outlets that can deliver 2,000 watts of peak power and 1,000 watts of continuous power output. 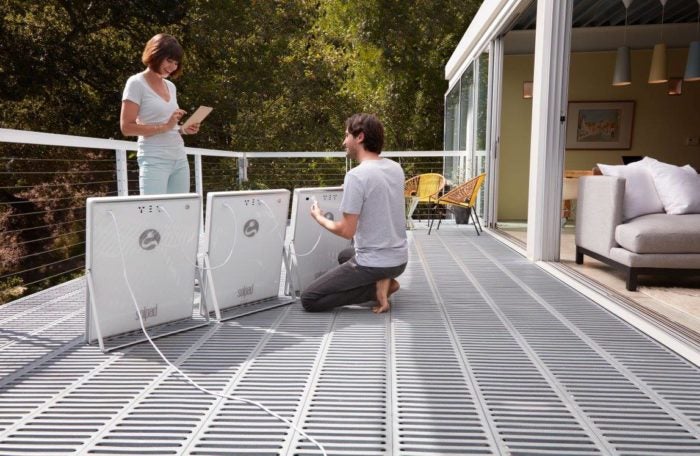 The system includes SunCulture’s SolControl smart plug, which can plug into a standard household AC outlet, and be used to direct power from the device to specific appliances and rooms through an iPhone application. In addition, modules can direct power to use in the house or to each module’s internal battery. The integrated inverter can also sense when a power outage has occurred and can be used only locally in the home.

Unlike other home energy storage systems like Tesla’s Powerwall SolPad offers full mobile utility. So it can be used to power the house or be taken on the go to a picnic or a cabin.

As integrated solar technology advances, unique solar energy options for customers continue to grow. Simple to install and affordable plug-and-play and mobile solar panels like SolPad Mobile could drive the price renewable energy down even further while create a new market. Plug-and-play solar panels alone could provide almost 57 gigawatts of renewable energy to the grid annually, according to a recent study published in Renewable Energy.