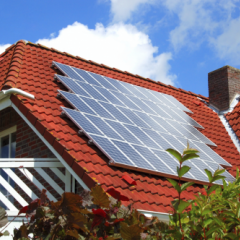 The solar industry shook with a thunderclap earlier this week when Elon Musk announced that SolarCity purchased solar PV manufacturer Silevo for $350 million. The purchase sent a shockwave through the solar industry as well as through some investors and analysts.

For instance, “Making the largest acquisition in its history—and certainly one of its more unorthodox strategic moves—SolarCity is vertically integrating into the module manufacturing part of the value chain,” wrote Raymond James energy analyst Pavel Molchanov. He explained that the acquisition carried an upfront price tag of $200 million (including assumption of liabilities), and a provision of up to $150 million, all of the purchase was funded via equity. “The latest instance of SolarCity's use of its stock as a potent currency,” he said. 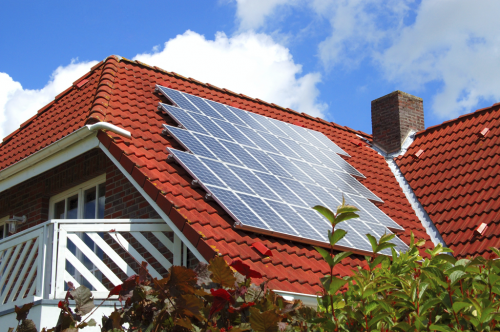 As recently as last month, however, analysts said that such a move by SolarCity or other installers was unlikely. After all, most PV modules are now manufactured in China as are Silevo’s modules. The company currently has a 32 megawatt production facility in China. But the company also plans to build its first large-scale fab, expected to be near Buffalo, New York.

“At a targeted capacity greater than 1 GW within the next two years, it will be one of the single largest solar panel production plants in the world,” wrote Musk as well as Peter and Lyndon Rive, SolarCity’s chief technology officer and CEO, respectively. “This will be followed in subsequent years by one or more significantly larger plants at an order of magnitude greater annual production capacity.”

Indeed, the SolarCity team wrote: “Our intent is to combine what we believe is fundamentally the best photovoltaic technology with massive economies of scale to achieve a breakthrough in the cost of solar power. Although no other acquisitions are currently being contemplated, SolarCity may acquire additional photovoltaics companies as needed to ensure clear technology leadership and we plan to grow internal engineering significantly.”

“What we are trying to address is not the lay of the land today, where there are indeed too many suppliers, most of whom are producing relatively low photonic efficiency solar cells at uncompelling costs, but how we see the future developing,” Musk and his cousins said. “Without decisive action to lay the groundwork today, the massive volume of affordable, high efficiency panels needed for unsubsidized solar power to outcompete fossil fuel grid power simply will not be there when it is needed.”

Molchanov observed that Silevo is targeting similar efficiency levels as SunPower, which has recently held world records for production PV efficiency. “Silevo's current efficiency (at the cell level) is 21 percent, and the medium-term target is 24 percent. This is comparable to SunPower, while well ahead of commodity modules in the 17-18 percent range.”

Higher efficiency levels equate to needing less space for a solar array to power a home. Particularly important on small or semi-shaded roofs. This, however, is less important for large-scale solar installations, so SolarCity is targeting its residential and commercial markets with the purchase.