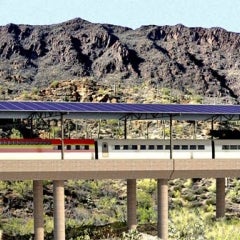 Across the sky, through the sea and traversing the countryside, solar powered travel is picking up speed. Although the commercial adoption of solar planes, boats and automobiles remains years away, the milestones achieved by these sun-powered transportation vehicles are encouraging nonetheless. 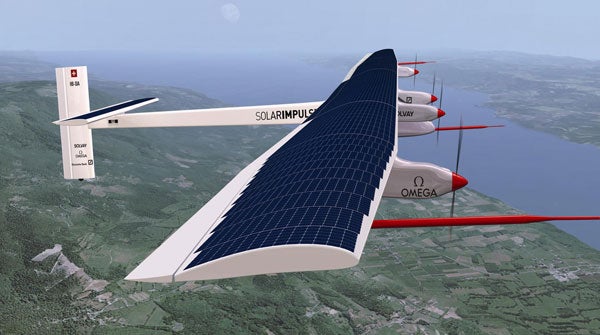 Boeing 757s powered by solar energy remain a futuristic concept, but all innovations begin somewhere; with small-scale successes. Covered with nearly 12,000 solar cells and weighing as much as a small car, Solar Impulse made history this summer when it flew from San Francisco to Washington D.C. "Today we don't see how we could put 200 passengers in a solar airplane," said Solar Impulse co-pilot Bertrand Piccard, the first man to fly a balloon around the world nonstop. "This plane is more about demonstrating the incredible duration that is possible, rather than speed to destination." Piccard and co-pilot André Borschberg hope to finish a larger, two-seat plane—the HB-SIB—and fly the aircraft around the world by the spring of 2015.

Achieving another milestone by breaking its own world record in May, MS Tûranor PlanetSolar—the largest solar-powered boat—crossed the Atlantic Ocean in just over 22 days. Though it averaged only 6 mph, climatologist Martin Beniston said the vessel, covered with 5,000 square feet of solar panels, is being used to help scientists measure the impacts of global warming on the world’s oceans. “It’s another way of bringing climate issues to the public without being alarmist,” Beniston told the Boston Globe.

Then there’s the retired Chinese couple, Li Linxiang and his wife Zhao Yafan, who built a solar electric tricycle and decided to travel the globe. From China to the Middle East; Europe to North Africa; and North America back to Korea—the couple will stop only to cross the Atlantic and Pacific oceans. Linxiang and Yafan embarked on their journey this spring and expect to complete their trip within five years. 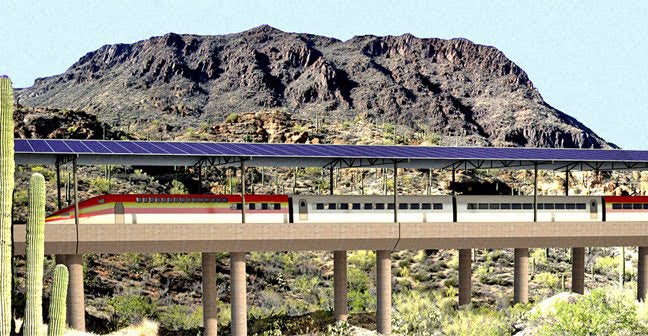 Larger solar vehicles are also making their debut. In preparation for the World Solar Challenge, the student team at Eindhoven University in the Netherlands has introduced Stella, the world’s first solar-powered family car. Not only can Stella accommodate four people, it also claims to be the first “energy-positive” vehicle that generates more electricity than it needs to operate (on average). The excess electricity can then be returned to the power grid.

In Belgium, 2.2 miles of a train tunnel that runs from Paris to Amsterdam is covered with 16,000 solar panels, producing enough electricity to power 4,000 trains each year. "For train operators, it is the perfect way to cut their carbon footprints because you can use spaces that have no other economic value and the projects can be delivered within a year because they don't attract the protests that wind power does," said Bart Van Renterghem of Enfinity Corporation, which installed the tunnel’s solar panels. In the United States, graduate students at the University of Arizona and a local citizen’s group have been studying the feasibility of a sun-powered train—dubbed the Silver Bullet—that would run between Tucson and Phoenix in just 33 minutes.

Besides the actual travel, trends are also moving toward sustainable accommodations once travelers reach their destination. Luxury resorts with extravagant offerings also require a substantial amount of electricity. From the Hyatt Regency in New Brunswick, N.J. that has utilizes 32,000 square feet of solar panels to San Francisco’s Joie de Vivre Hotel Carlton that generates 9 percent of its electricity with 105 solar panels. The Carlton even allows guests to observe the hotel’s energy savings, with monitors on display in the lobby.