Currently the world has about 300 gigawatts of solar power installed. But the potential for harvesting solar energy far exceeds the world's energy consumption and with rapid price drops and production increases scientists now think photovoltaics (PVs) could produce up to 10 terawatts (10,000 gigawatts) of the world’s energy by 2030.

That level far exceeds the International Solar Alliance’s target of at least 3 more terawatts of solar power installed by 2030, but scientists found there are good reasons to raise the expectations higher. Among them, 20 percent of all new energy generation installed in 2016 was solar power. 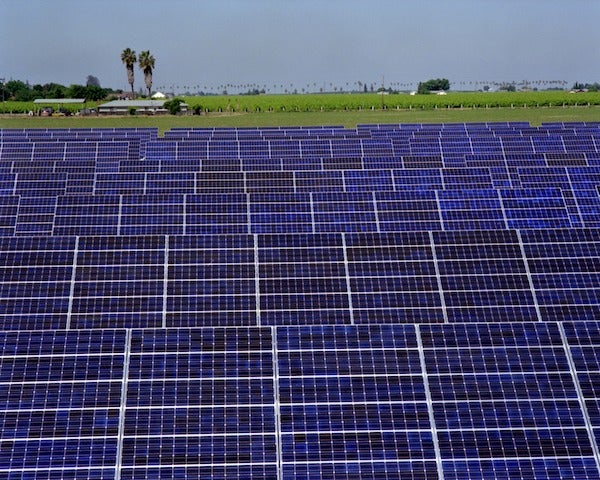 "When we came together, there was a consensus that the global PV industry is on a clear trajectory to reach the multi-terawatt scale over the next decade," said Nancy Haegel, director of National Renewable Energy Laboratory’s (NREL’s) Materials Science Center. She was the lead author of the resulting work "Terawatt-Scale Photovoltaics: Trajectories and Challenges", which published this week in Science.

Haegel and nearly 60 international scientists of the Global Alliance of Solar Energy Research Institutes (GA-SERI) met in Germany in March 2016 to discuss the policy initiatives and technology advances needed to significantly expand solar power. Her peers at GA-SERI include scientist from the Fraunhofer Institute for Solar Energy in Germany, the National Institute of Advanced Industrial Science and Technology in Japan and others throughout the world.

"Reaching the full potential for PV technology in the global energy economy will require continued advances in science and technology. Bringing the global research community together to solve challenges related to realizing this goal is a key step in that direction,” Haegel said.

One of the reasons for the high expectations is that solar continues to beat expectations and even the most optimistic projections have under-represented the actual deployment of PV over the last decade. The paper suggested that achieving those higher figures will come primarily through continued technology improvements and cost decreases. Incentive programs will also help defray the upfront costs of PV systems, according to the Science paper which was co-authored by David Feldman, Robert Margolis, William Tumas, Gregory Wilson, Michael Woodhouse, and Sarah Kurtz of NREL.

Still challenges will have to be met. Beyond and cost and performance, the cost of and time required to expand manufacturing and installation capacity must be reduced. Stanford researchers have already proposed that taking advantage of US research capabilities and working with China’s manufacturing capabilities could help speed the manufacturing and growth of solar, for instance. To help the expansion, electric grids must become more flexible to handle high levels of PV, while more progress needs to be made in energy storage. The demand for electricity in transpiration, heating and cooling must also increase.