Recently a coal mining museum in Kentucky announced that it will soon be powered by solar because solar promised cheaper energy than coal. Now it’s being widely reported that Berkeley Energy Group and EDF Renewable Energy are looking to develop the state’s first giant solar farms at the site of a former mountaintop removal site that was a coal mine, it’s like a proverbial nail in coffin for the polluting energy source.

The solar farm, which has apparently been in the works for more than a year and is still in planning stages, could range between 50 and 100 megawatts in size, easily making it the state’s largest solar farm. The largest solar farm in the state is currently a 10 megawatt solar farm colocated at the Louisville Gas and Electric/Kentucky Utilities’ E.W. Brown power plant. The solar installation at the Kentucky Coal Mining Museum only consists of 20 panels but is expected to save the museum $8,000 to $10,000 annually in utility bills. This new project, however, could provide enough energy to power roughly 1,500 homes in the state. 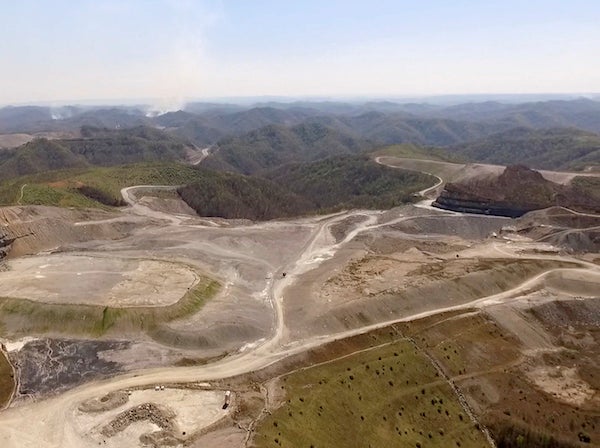 "My family roots run deep in eastern Kentucky and its coal mines. I’m excited about the potential of this innovative project to help diversify our economy and create jobs for our people,” Ryan Johns, project development executive for Berkeley Energy Group, said in a statement. Indeed, the project could bring hundreds of jobs to the region, providing work for former coal miners, which the solar industry has expressed interest in doing.

However, Johns cautioned, “This is a long-term process with much work to be done before a construction date can be set, but I believe an experienced renewable project developer like EDF RE is the perfect partner in making our vision a reality. If it can be done, we'll get it it done.”

One of the unique issues that faces the project is that the solar farm would be built on what used to be a mountain and was essentially packed down by machinery and the land may not be as firm as other sites. However, former landfills are often looked at as potential sites for solar farms and states like New Jersey are converting those sites into solar farms.

“For us, this is not a competition against coal in any way,” Johns told Kentucky Public Radio. “What we’re wanting is as much coal to be mined as possible. What we look at is as kind of an offset to coal. This area has been mined, there’s no more coal to be mined, so now you can still have energy being provided for this area. It’s still providing jobs, it’s still helping the economy, it’s still providing energy for our country.”