The future of solar power in the US is closer than ever with Solar Power International 2016 around the corner. The location of this year’s conference is indicative of some of the challenges facing the solar industry and what will face the new leader (who has yet to be chosen) of the nation’s largest solar advocacy group, the Solar Energy Industries Association (SEIA).

This year’s SPI conference begins this weekend in Las Vegas, where some of the nation’s most draconian rooftop solar regulations were put in place late last year and early this year. The state’s public utilities commission imposed fees on rooftop solar systems and ended net metering for new and old systems alike. 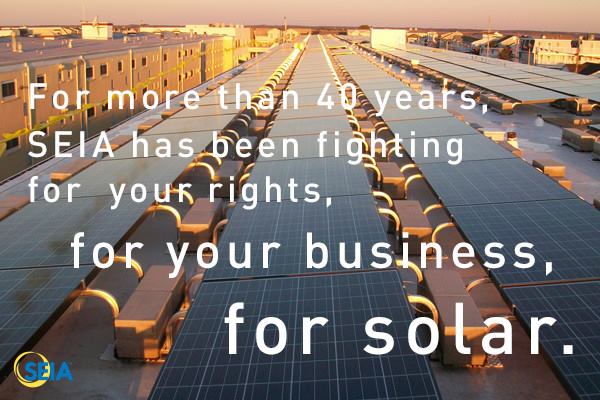 Now, some in the industry are worried the advocacy organization for focussing too much utility-scale solar power and not enough on residential and smaller solar installers and installations. In a call to action for SEIA members and those interested in solar power Generate Capital President Jigar Shah and Barry Cinnamon, CEO of Spice Solar, wrote: “Do we need an organization that is heavily focused on the federal government? Should SEIA be on the front lines leading the effort at the state level? How do we balance the benefits of distributed solar with the profit motivation of regulated utilities, many of which are actively trying to block Americans from investing in solar?”

“SEIA and state solar chapters have done a solid job on behalf of the solar industry,” Shah and Cinnamon wrote. “Everyone employed by the solar industry owes them a debt of gratitude. But even with the extremely talented staff led by a very capable Tom Kimbis, they are increasingly showing their inability to keep up with the incoming onslaught by traditional fossil fuel and utility interests.” They went on to charge that there is regulatory uncertainty at the state level and that SEIA favors utility-scale solar interests while most solar companies and employees in the US work on rooftop solar and distributed generation.

In a letter of response SEIA Board Chair Nat Kreamer, board chairman for SEIA observed the dichotomy in Nevada and noted some irony in the fact that U.S. Senators Reid and Heller: “Are the champions who helped win the solar investment tax credit (ITC) extension last year by working alongside SEIA and you.”

Kreamer contended: “For more than forty years, SEIA has been there for you as the voice of the solar industry, fighting for your rights, for your businesses, for solar. Whether you are a small distributed rooftop provider in Maine, a large-scale EPC in California, or a manufacturer in Georgia, SEIA represents you and your interests.

“SEIA operates in an open, democratic fashion, with discussion, debate and a variety of opinions welcomed at every level.,” Kreamer said. “As a member, you get out what you put in. So, if you are a SEIA member who only participates by paying dues, then consider joining a committee and/or running for elected office. The solar industry is stronger for all of the hard work so many members contribute to SEIA.”

Kreamer went on to note that extending the ITC, while it was a big win, was just one win for the organization and it’s focussed on a myriad of issues now. “Our current policy opportunities and threats are vastly different [than the ITC]. The Clean Power Plan, renewable portfolio standards, transmission access, grid-scale storage technical issues, FASB accounting rules, net metering, consumer protection, and retail rate redesign all can either create or destroy value for our industry,” he said. “SEIA is engaged in every one of them on your behalf. Unlike the ITC, today’s policy opportunities and threats are diffuse, in multiple venues, and have many decision makers and processes. This is a networked policy environment with complex challenges.”

Kreamer also noted that solar businesses are in flux, making it more challenging to apply existing labels as utility-scale solar companies are starting to offer community solar projects to local residents and residential solar companies are selling services to utilities. Basically, there’s still a lot of plasticity in the industry and it requires evolution from the industry itself as well as from the advocacy group.