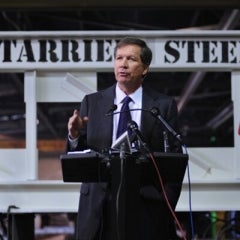 In a move that will help re-invigorate the solar and wind industries in Ohio Gov. John Kasich (R) vetoed Substitute House Bill 554. The bill sought to keep freezing renewable energy development in the state by making renewable energy projects voluntary for 2017 and 2018. Initially passed by the Ohio State Senate with an 18 to 13 vote, the bill would have allowed investor-owned utilities to bypass making renewable energy investments for the next 2 years.

If not vetoed by Kasich, SB 554 would have cost the state thousands of more jobs in the solar and wind industries. The bill pushed back the renewable energy standard that mandated 12.5 percent of power generated by utilities come from renewable energy sources by 2025. For instance, solar-panel manufacturer First Solar, which employs 1,200 workers near Toledo, would have considered leaving the state if the bill had not been vetoed. 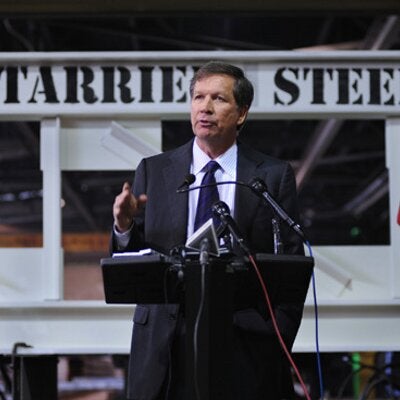 Kasich said that Ohio has made progress on the jobs front and that clean energy was part of that.  "Sub. HB 554 risks undermining this progress by taking away some of those energy generation options, particularly the very options most prized by the companies poised to create many jobs in Ohio in the coming years, such as high technology firms," Kasich stated in his veto message. “The bill would also deal a setback to efforts that are succeeding in helping businesses and homeowners reduce their energy costs through increased efficiency.”

Clean energy advocates and business leaders fought hard against the bill during hearings citing that it would threaten thousands of clean energy jobs as well as employment in peripheral industries that support the renewable power industry.“SEIA applauds Governor Kasich for his principled stand in support of clean and cost-competitive solar energy, and for his decision to create a vibrant renewable energy sector in Ohio. Through his veto of HB 554, the governor has secured a strong clean energy economy for the Buckeye State and created thousands of new jobs,” said Sean Gallagher, vice president of state affairs for the Solar Energy Industries Association (SEIA). According to SEIA’s count, this legislation essentially would have halted all growth in renewable energy and threatened 3,800 jobs in the solar sector alone.

The veto is a reversal for Kasich, who initially approved the freeze on renewable energy development in Ohio with the passage of S.B. 310 in 2014. This new bill, supported by Republicans in the state Senate and General Assembly, was designed to freeze the state’s renewable energy portfolio requirements of 2.5 percent in 2014 for at least two more years.

Gov. Kasich’s veto of S.B. 554 is another example of Republican leaders at state and local levels that have increasingly supported the renewable energy industry and moved against traditional party lines. For instance, Illinois’ Gov. Bruce Rauner's (R) office and the clean energy industry advocates successfully pushed back against provisions in the Future Energy Jobs Bill in November 2016. Provisions in the bill would have limited solar development by increasing regulatory fees and reimbursement rates for commercial and residential solar customers.