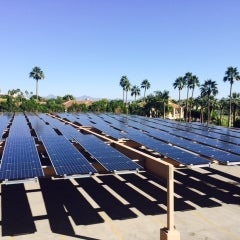 Yesterday (Jan. 15) NRG Energy, Inc. introduced its long-term growth plan. The plan, unveiled at the company’s 2015 investor meeting, which was themed “Win Today, Win Tomorrow and Win the Future,” took a strong stance on solar power. The power company, which owns some of the largest solar and wind power plants in the U.S. Some of the solar plants are among the largest plants in the world, like the 290 megawatt Agua Caliente Solar Project, but the company also is interested in distributed solar.

“Decentralized generation. Personal power. Clean energy. Freedom from the constraints of being constantly tethered to the wall outlet. We have a distinct point of view on where the energy industry needs to go and a plan on how NRG helps lead the way,” said NRG CEO David Crane. “The electric industry treats meters as its customers but it is people who use energy and the energy consumers of the 21st century want all the benefits that new clean energy technology can provide.” 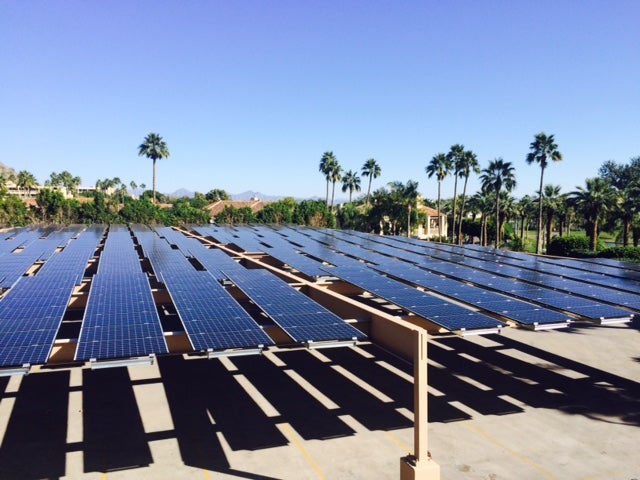 “From capturing the solar value of rooftops to monetizing carbon, NRG is showcasing its expertise in capturing value from the new generation of clean energy technology,” Crane said. “The companies best positioned to win in this transformed environment are companies with an established energy relationship with the customer, so long as energy companies, like NRG, adapt to the new environment.”

The company emphasized that it plans to continue moving from being a traditional power company to one that anticipates that the world is trending towards carbon constraints and personalized energy consumption, including solar power. Looking to the future, the company said it will become a purpose-driven, customer-obsessed, clean energy solutions company. the parent company will leverage the individual capabilities of all its subsidiaries as it moves forward. These include: NRG Home, NRG Business, NRG Renew, NRG eVgo, NRG Carbon 360 and NRG Yield.

“As 2015 represents a pivotal point for NRG in unlocking the value of the NRG Group of Companies, it is essential that we provide our investors a succinct and tangible means to remain confident in the value proposition and free cash flow power of our legacy platforms as well as the complementary and value-enhancing nature of our new initiatives,” said Kirk Andrews, NRG CFO.

The company already is moving forward with its plans. For instance, the day before it announced a new partnership with Starwood Hotels & Resorts Worldwide, Inc. through NRG Renew. It also unveiled its first project at The Phoenician in Arizona, which will have a 568 kilowatt array when completed. It’s the first of three projects that will comprise 2 megawatts of solar power.

As part of the new strategy NRG Business will capitalize on wholesale generation retirement, and work to lead the market in distributed generation like solar. It’s NRG Home will develop new products and services for the consumer market based on the growing appeal of residential solar. It’s NRG Renew arm will focus on the commercial and industrial solar market, like the Starwood apartment.