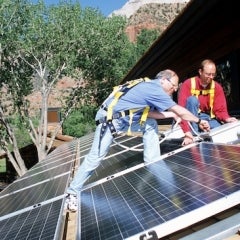 Rooftop solar power in Nevada is off to an acrimonious start in 2016 following the Nevada Public Utilities Commission (PUC) ruling in December 2015, just before Christmas, to raise rates and fees on all of its solar rooftops customers, existing and future. The changes have spurred protests, companies to leave the state and layoff thousands of employees, a class-action lawsuit and new advocacy organization. The PUC made things slightly better on Friday when it voted to reduce net-metering rates and increase solar rooftop fees over a 12 year period rather than a 4 year period but it’s still far less than advocates were hoping for.

The Solar Energy Industries Association (SEIA) and others, including Republican Nevada Gov. Brian Sandoval—who coincidentally appointed the commission—have expressed frustration with both rulings. “We are disappointed that despite all of the support this measure had, the Commission chose to vote against the will of Nevadans. While lengthening the transition time to 12 years instead of 4 will help provide a longer runway, the decision takes away Nevadans ability to choose where their power comes from,” Sean Gallagher, SEIA's vice president of State Affairs. “Without question, this is extremely detrimental to clean energy and job growth in the state and we do not view this as a productive step in Nevada's efforts to maximize the many benefits—from environmental to economic—that solar provides.” 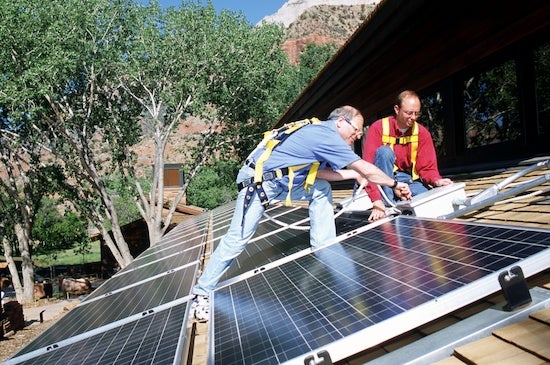 “The PUC did not reach the outcome I had hoped for. I remained optimistic that the commission would find a solution that considered the economic consequences to existing rooftop solar owners. Today's decision does not go far enough to protect their interests,” Sandoval said. He cited a number of his actions to increase rooftop solar in the state. “In 2011, I signed legislation enacting policies to stand up the rooftop solar market. In 2013, I approved another measure that doubled the net metering cap. In 2015, I signed into law a bill that again changed the net metering cap and transferred oversight of this complex issue to the PUC. The 2015 legislation received public support from the rooftop solar industry and many other interested parties. When I signed these bills, it was my belief that the utility rates should remain constant for homeowners who installed rooftop solar systems on their homes.”

However Sandoval has been criticized for appointing utilities commission members with close ties to the state’s largest utilities.

In making its rulings the commission has argued that the net-metering subsidy in the state was unreasonable and that it was hurting the 98 percent of rate payers in the state that didn’t have solar panels on their roofs. Yet more than 55,000 wrote comments criticizing the changes—that’s despite the state having about 15,000 solar roofs. It’s actions also spurred the advocacy group Bring Back Solar Alliance to form.

In making the most recent ruling commissioners said they did understand the impact of its actions on solar customers. But the actions, particularly for those who have already installed solar and expected to see a return on their investment over time, are now seeing that investment become an expense.

“In Nevada, the monthly bill for a typical homeowner with rooftop solar panels has already increased from $12.75 to $17.90; the homeowner's credit for energy returned to the grid has decreased from 11 cents per kilowatt-hour to 9 cents,” reported Inside Climate News. “Under the updated rules, the full rate change goes into effect in 2028. At that time, the monthly bill will be $38.51 and credits will be 2 cents per kilowatt hour.”