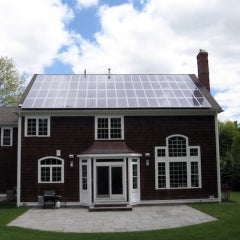 At a time when some other states, like Ohio, are abandoning or reducing their renewable energy goals at least one state, Massachusetts, is forging ahead. Today (June 18) the state introduced legislation that would essentially remove the state’s net-metering cap while making sure that both consumers and utilities are happy with the legislation.

The legislation, An Act Relative to Net Metering and Solar Power (H4185), would change how distributed generation sources, like home rooftops, are compensated for the electricity they produce via net-metering. It will help meet Gov. Deval Patrick’s goal of 1.6 gigawatts of solar installed in Massachusetts by 2020. It would also change the state’s Solar Renewable Energy Credit (SREC) program. The new program, if approved, will not go into effect until 2016, so solar installers would have time to adjust to the new regulations. 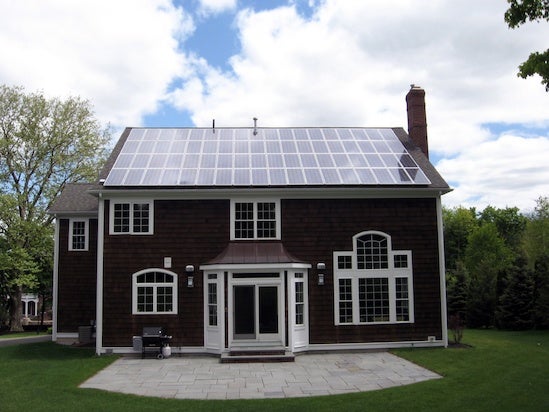 The proposed legislation would also require all the commonwealth’s electric customers to pay to help defray the cost of power distribution, according to CommonWealth Magazine. The magazine reported that under the proposed legislation net-metered consumers that sell part of the generation their solar arrays produce to the grid, they would receive a flat-rate subsidy. That subsidy would be based on a net-metering credit and an incentive payment. If the incentive payment goes up or down, the net-metering payment would see-saw in the opposite direction, keeping the overall subsidy at a flat rate.

“NECEC endorses this legislation, which supports the emerging and growing market for renewable energy technologies of all sizes in Massachusetts by enabling customers to continue to have access to net metering for their systems,” said NECEC President Peter Rothstein.  “This bill also sets the Commonwealth on the path to achieving Governor Patrick’s goal of 1,600 MW of solar energy by 2020, which will support the continued momentum for the Commonwealth’s booming solar industry while ensuring that new solar projects are increasingly cost-effective for ratepayers.”

The legislation was proposed based on an extensive inclusive process developed by Massachusetts Department of Energy Resources (DOER). DOER’s working group consisted of renewable energy industry representatives, utility executives and others to craft a bill that would eliminate the solar net metering cap and frame a long-term solar financing and development program for the state, according to the Solar Energy Industries Association (SEIA). As such, it was legislation that all could get behind giving it a better chance of passing and meeting stakeholders’ goals while saving the state’s ratepayers.

“SEIA supports the legislation as it immediately relieves a short-term bottleneck on solar projects in Massachusetts by removing the caps on net metering,” said Carrie Cullen Hitt, SEIA’s Senior Vice President of State Affairs. “This proposed bill reflects the hard work and engagement of a wide range of stakeholders. I commend the DOER and legislature for convening a process that sets a national precedent and will result in good public policy, improving the efficiency of the state’s solar program for all ratepayers.”