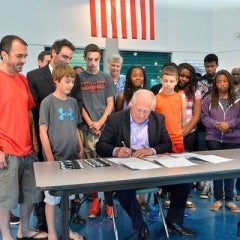 On Saturday (June 28) Illinois Gov. Pat Quinn (D) signed into law H.B. 2427, which requires the Illinois Power Agency (IPA) to use up to $30 million to purchase solar power to meet the state’s energy needs. Under the new law, a special existing fund must be used to purchase solar power and emphasizes the development of distributed solar generation, like on homes and businesses.

“These last days of June are some of the longest of the year, the perfect time to talk about getting more of our electricity from solar,” Governor Quinn said. “Thousands of residents will soon get cheaper, cleaner energy, and we will create good paying jobs for working families in the process. It’s this sort of innovation that has made Illinois a national leader in clean energy production,” he said. 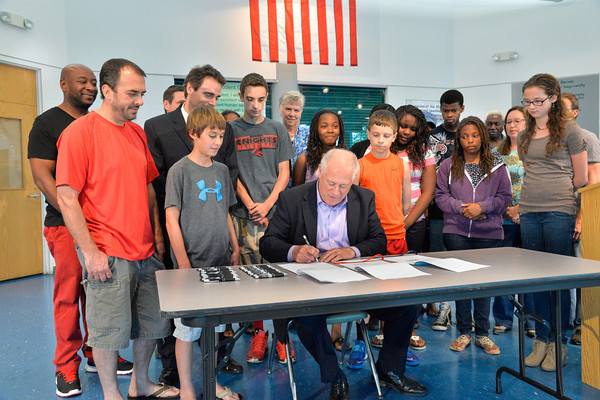 The Illinois Solar Energy Association (ISEA) and the solar industry applauded the move. “It is official!! The State of Illinois has authorized a one-time $30 million procurement of Solar Renewable Energy Credits,” the organization said in a blog. The association also noted that the legislation allows for additional funds wind or solar procurement if the IPA determines that it must procure conventional electricity on behalf of Ameren. The association said that though it would be a separate process this process could help lay the steps for such future changes.

The $30 million will come from the IPA’s Renewable Energy Resources Fund. The fund is supported by clean energy fees paid by power suppliers in Illinois. “The law establishes a competitive procurement process to purchase energy from existing solar devices and from new solar installations, which could mean thousands of new solar panel installations on homes in Illinois,” the governor’s office said.

“These funds will jump start the solar economy in Illinois, creating jobs and new industries,” Representative Robyn Gabel (D-Evanston), a sponsor of the bill, said.

The end result of the Gov.’s signature means the next steps in the process can begin. “All totaled it is likely the process could run through Feb to April 2015 and the procurement would be executed immediately after,” ISEA said. “The goal is to actually procure REC’s and enter into contracts before the end of the 2015 fiscal year but it could stretch beyond that date.”

Quinn has been helping the Windy City and the rest of the state capitalize on its natural assets. The state ranks first among all states in the nation in purchasing green energy. It also has significant energy efficiency programs allowing it rank among the top states in the U.S. Quinn also serves on President Barack Obama’s Task Force on Climate Change and Resilience, working to advise the federal government on responses to climate change.