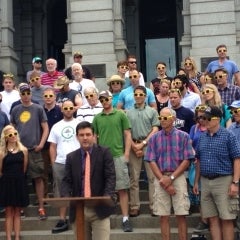 Today (July 24) Colorado’s Public Utilities Commission took up the debate over the future of net-metered solar rooftops in the state. At the same time SunEdison announced that it purchased the state’s largest solar farm to date, the 156 megawatt Comanche Solar farm, which has a power-purchase agreement with Xcel Energy.

Both items place Xcel energy at the heart of a dichotomous debate over solar power in the Centennial State. On the one hand Xcel is trying to reduce its net-metering policies while at the same time adding more low-cost solar power into the grid. As such this morning The Alliance for Solar Choice (TASC) held a press conference before the PUC met to show support for solar power. 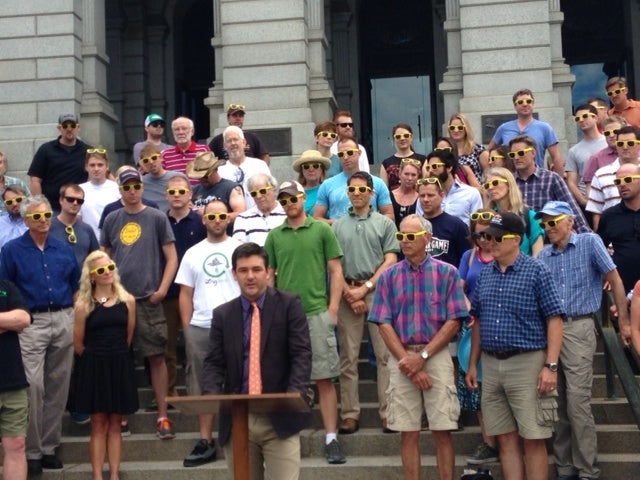 Comanche Solar will offer cost-competitive solar electricity when it’s completed in 2016, according to SunEdison and Community Energy, former project owner and partner to SunEdison in the project. “Xcel Energy will purchase electricity generated from the solar photovoltaic (PV) power plant under a 25-year power purchase agreement with SunEdison at rates that are competitive with the long-term forecast for natural gas-fired generation,” SunEdison said.

On the other hand net-metering is more expensive for the utility since it has to pay a premium for the power produced by homeowners compared to what it pays when it buys power from large projects like Comanche. But as more homeowners and business owners go solar they can help offset the need for building entirely new generation facilities and rooftop solar panels produce power where and when it’s needed.

“Residential and commercial customers are helping all of Xcel's ratepayers when they install solar energy systems,'' said Rebecca Cantwell, executive director of the Colorado Solar Energy Industries Association (COSEIA). "Solar customers are keeping harmful pollution from the air and lessening the need for big transmission lines.”

“Residential and commercial customers are helping all of Xcel's ratepayers when they install solar energy systems,'' said Rebecca Cantwell, executive director of the Colorado Solar Energy Industries Association, which represents more than 200 Colorado solar companies. "Solar customers are keeping harmful pollution from the air and lessening the need for big transmission lines. They should continue to receive full retail credit for the energy they are producing.”

“Xcel's efforts to limit energy choice in Colorado are a clear attempt to preserve the company's monopoly,” said Walker Wright, a spokesperson for TASC. “Protecting net metering sustains a long-term, growing rooftop solar market and gives more Coloradans the choice to generate their own clean energy. “

The Comanche Solar project could also become part of SunEdison’s newly launched TerraForm Power call right projects. As such TerraForm could purchase the project from SunEdison once it achieves commercial operation, which is slated for 2016.