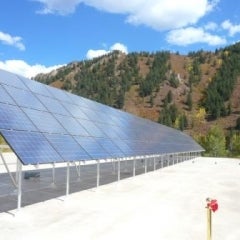 Last week, Aspen revealed that it is now 100 powered by renewable energy. In making the announcement the city became the third in the U.S. to do so. The news comes as the town inked an agreement with Municipal Energy Agency of Nebraska (MEAN) to provide between 20 and 25 percent of the city’s energy needs with wind power. 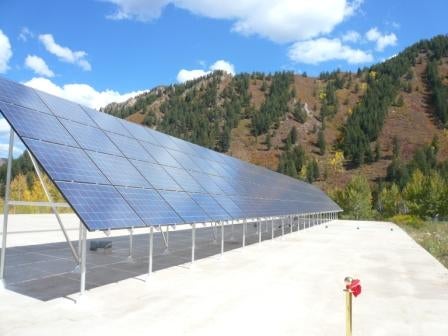 With the new contract with MEAN Aspen ended its use of coal as one of its electric sources. Aspen now derives its electricity from water, wind, geothermal heat and some landfill gas generation, Aspen Utilities and Environmental Initiatives Director David Hornbacher told The Aspen Times.

“There were a variety of things that have gone into this,” said Aspen Director of Utilities and Environmental Initiatives Dave Hornbacher at the MEAN board of director’s and management committee meeting in August. “If it weren’t for MEAN we couldn’t be in this position. The members (of MEAN) are valued and protected—this is a win-win for both organizations.”

With the new contract Aspen now sources wind power from wind farms in Nebraska and South Dakota, where MEAN has generation ownership and power purchase agreements. The majority of Aspen’s electric generation (about 56 percent) comes from hydro generation on local reservoirs including the Maroon Creek hydroelectric plant and the Ruedi power plant. The city also uses solar electric power at its water treatment plant and solar thermal power in an affordable housing neighborhood and other applications. Despite the use of renewable energy, the city’s utility has the 7th lowest cost of electricity among Colorado’s 27 municipal utilities, according to the city—largely because the bonds used to pay for the hydro electric power are paid off.

The Environmental and Energy Study Institute observed earlier this year that other cities, including some larger ones like San Jose and San Diego also have plans to become 100 percent renewably powered. The former by 2022 and the latter by 2035.