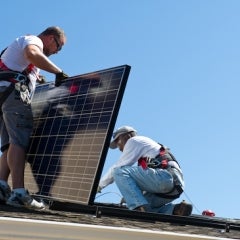 Something kinda weird is happening in Arizona—utilities now want to put solar on people’s homes. This comes after years of fighting with installers and solar advocates to stop some solar policies and programs for residents. Now the state’s largest utility, APS, wants to put solar on rooftops—for free. But it’s not the  only one. TEP, another large utility in the state, also announced a pilot project to install solar on 500 to 600 homes.

Still, don’t think the utilities are going gaga over home solar yet. The APS plan would allow the utility to install solar on roughly 1,500 low-income homeowners’ homes for free, reports The Arizona Republic. However, instead of gaining the benefit of net-metering rates and other solar subsidies and rewards programs, they would get $30 a month for the length of the contract. So, essentially the utility would be paying to lease their rooftops for the duration of the contract. 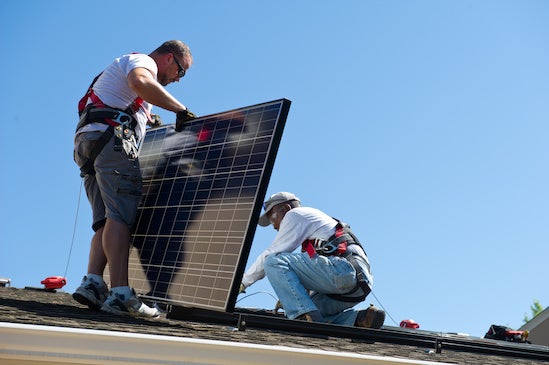 The Arizona Corporation Commission, the state’s utilities commission ruled last week that the utility has met its requirements for adding in solar power under state rules and laws. While it didn’t grant the project outright approval, it did not raise any objections to it, allowing APS to go ahead with the project.

Likewise TEP announced that it received regulatory approval for a plan to put solar on up to 600 homes in its service territory, essentially fixing their energy rates for the next 25 years. However, under that program homeowners would have to pay a one-time $250 administrative fee.

TEP’s plan would fix participating homeowners’ electric rate for the duration of the contract, basing the energy rate on their current energy usage, according to the utility. Should the company’s energy rates increase in the future, it could save the homeowners significant amounts of money, the utility argued.

"Our program will provide additional customer choice and new green energy options for our customers," said Philip J. Dion, TEP's senior vice president of Public Policy and Customer Solutions. "Participation will not be limited by customers' FICO credit scores, which opens the program to many Tucson residents who do not qualify for private solar leases.”

The proposals have their opponents, including solar leasing companies and out-of-state solar installers—which may not be able to participate in the program. But some local solar installers are welcoming the opportunities. Of course, what will ultimately matter are whether the homeowners are interested in the plans. Thus far it seems like they are. The Arizona Republic reported that upwards of 2,000 homeowners have already expressed interest in the APS proposal.